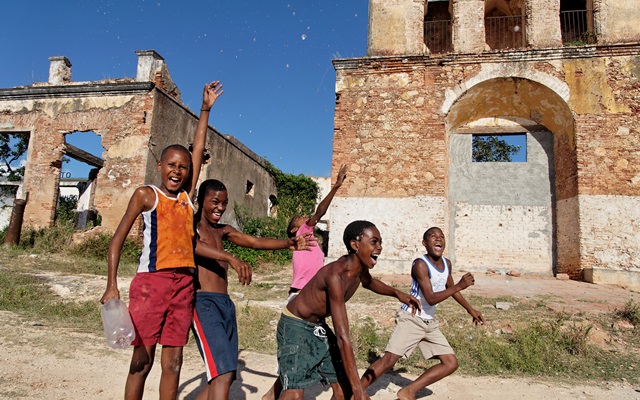 Activists use the blogosphere to fight racism against Afro Cubans

In my book Layers of Blackness :Colourism in the African Diaspora , which examines how the process of discrimination based on skin tone has evolved from slavery and colonialism; chapter five analyzes the system of pigmentocracy in Latin America.

Pigmentocracy refers to the social grouping of individuals based on race and colour established by Spanish colonial rulers in the 17th century. Whites went from being the minority in Latin America, to becoming the majority by 1825, as a result of most light skinned, mixed race individuals self-identifying as white and through the whitening of the population by introducing white immigrants from Europe. Through this process, whites became the elites within the pigmentocracy that placed African or more commonly referred to as ' Afro descendants' at the bottom of a colour-coded hierarchy. Slavery and colonization around the world by Europeans has not only left unwanted legacies of racism and race discrimination, but the social, economic and political structures that maintain and perpetuate the domination of visible minority groups by white hegemonies.

Nowhere is this domination more pronounced than in Latin America. Although 150 million Afro descendants reside in the region and make up a third of the total population, they account for 40 per cent of the poor. In Cuba, whilst the 2002 Census states that almost 35 per cent of the population is black or of mixed heritage, most academics say the real figure is closer to 60 per cent. Cuba has been described by some as a colour-blind society where on the surface racial inequalities do not exist. But although Article 42 of the Cuban Constitution outlaws discrimination on the basis of "race, skin colour, sex, national origin, religious beliefs and any other form of discrimination harmful to human dignity", as academic Dr Carlos Moore argued in a 2003 lecture, race and colour are the most pervasive features of life in Cuba.

A report called ' Race and Inequality in Cuba Today' published in 2006 in TEMAS, a cultural journal, revealed that Afro descendants reside in the poorest housing, are almost entirely excluded from working in the tourist industry where they could earn hard currency and from managerial positions where they account for only 5 per cent of executive positions. They are also five times more likely to be imprisoned. This is a far cry from the egalitarian society founded on communist principles that Castro would like the world to believe exists in Cuba, but it is nonetheless the reality that remains invisible to the rest of the world. But in recent years, academics and activists alike are waging a war against racism – not on the streets with guns, but with words in the blogosphere.

Bloggers United for Cuban Liberty (BUCL), a Florida run non-profit organization, is a confederation of blogs that unites viewpoints around primary issues such as human rights. Its president, Henry Louis Gomez, is also managing editor of Babalu Blog, an English- language blog about Cuban and Cuban-American culture and politics. He told People with Voices that racial inequalities in Cuba have worsened in the last few years with poverty continuing to blight the lives of Afro Cubans disproportionately. But whilst President Obama has lifted restrictions that will allow Cuban Americans to send money home, this will do little to help Afro Cubans, since "most Cubans living abroad are white while most blacks in Cuba don' t have anyone to send them remittances". According to Gomez, the biggest beneficiary of this apparent concession will be the Cuban government which "derives great benefit from every dollar spent in Cuba or sent to Cuba by Cubans who live elsewhere" that will most likely be used "to help the regime buy more guns and bullets to repress their countrymen on the island".

The recent visit to Cuba by a US delegation that included several members of the Congressional Black Caucus led several mainstream newspapers to declare a thawing of Cuban-US relations. But Truthdig.com was highly critical of the black delegation and its apparent ignorance about the true state of affairs in Cuba. On April 14, Eugene Robinson described the Congressional Black Caucus as being: "…naive not to notice or disingenuous not to acknowledge that Cuba is hardly the paradise of racial harmony and equality it pretends to be". According to Robinson, the black delegation should have noticed "that the work force in Cuba' s burgeoning tourism industry, arguably the most privileged class…is disproportionately white". Taking a similar tone, BUCL wrote in a post on April 6:

"The Congressional Black Caucus would be wise to question the veracity of statements and representations about racial equality made to them by the ruling regime during their visit to Cuba". Gomez finds the lack of international support for the enforcement of human rights frustrating and feels that the international news media has turned its back on freedom fighters, like Dr Oscar Elias Biscet, for example. The charismatic President of the Lawton Foundation for Human Rights (LFHR) became a ' prisoner of conscience' after being arrested in December 2002, only weeks after being released from prison after serving three years following his exposure of human rights violations – this time being sentenced to 25 years.

For his opposition to the Cuban government, Dr Biscet has suffered beatings, mental torture and military style interrogations and is confined to a small, dark underground cell. In July 2007, Biscet' s wife transcribed an article in which her husband pleaded for the international community to view Cuba' s plight with the same measure of disdain as it did South Africa during the apartheid era. "People live in poverty due to the mismanagement of the economy by a government whose leaders blame other nations for their own incompetence. State terrorism is what keeps the government in power", he wrote. Biscet, who took inspiration from Dr Martin Luther King Jnr, called on Cubans "to demonstrate their high regard for liberty by means of civil disobedience".

Angel. E Garrido, Vice President of LFHR told People with Voices that the organisation continues to be "very concerned with the plight of Afro Cubans", especially the abuse of Afro Cubans in prison and acknowledges that "Afro-Cubans have been the most abused and neglected segment of the Cuban population during …50 years of blatant totalitarism". Gomez is equally critical of the government regime, but also sees an opportunity under President Obama' s US leadership, for change. "Fidel Castro has ruled Cuba for half a century in a capricious and arbitrary manner…The regime is bankrupt and the leadership is old. The Cuban people, especially the youth, are disaffected", he explained.

"I would like [President Obama] to use his moral authority as a leader of the left to rally left leaning democracies in championing human rights and democracy in Cuba".Since President Obama' s visit to Cuba there is plenty of talk about a black revolution gathering momentum. Writing in the Voice of America on April 18, Brian Wagner said that Afro descendants in Cuba and other Latin American countries have been stirred by the "Obama effect" to engage in discussions about race.

"The issue of race has taken a special resonance in Cuba, where the island' s revolutionary government claimed to have eliminated racism long ago", Wagner wrote. In witnessing Barack Obama' s ascendancy to the presidency of the US where blacks are not in the majority, blacks in Cuba, who make up a greater proportion of the Cuban population, may well be questioning why there should not be a black president in their own country. As Gomez so succinctly put it:"Why it is that Cuba needs one white family and its white cronies to maintain this supposed equality and harmony. Why is it that blacks in Cuba need a "benevolent" dictator to take care of them when they are the majority on the island"?

Whether or not Afro Cubans and activists within and beyond Cuba are in some measure influenced to seize the moment while the international gaze is transfixed on Cuban-American relations, it is clear that the blogosphere and the vast arena of online news in general is being fully utilised to highlight the plight of Afro Cubans and the dire state of human rights in Cuba in general.It is now up to the international community to sit up, take notice and act so that their dreams of a new Cuba can be transformed into a reality.