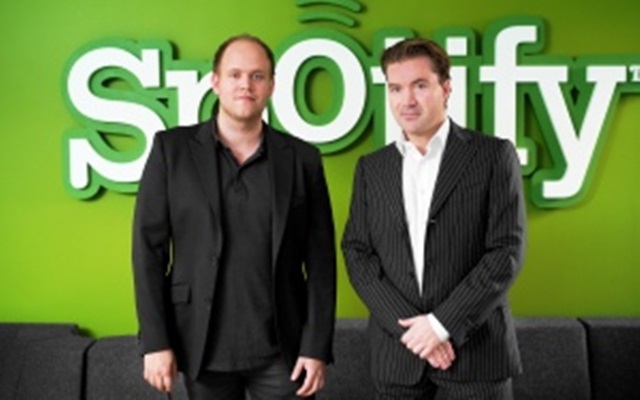 Music Industry trying to work out the value of free

Lily Allen may not be everyone’s idea of a musical genius. Last week however, she supplemented her commercial success with a trio of Ivor Novello song writing awards. Despite the singer’s achievements, she repeatedly voices a desire to quit making music and currently appears content running a second-hand clothes store with her sister.

Allen claims the lack of reward for creative endeavour has left her disillusioned with the music business. The industry has seen monumental change over the last 10 years and the way we listen to music is changing as fast as the way we buy it. Downloads, digital radio and sharing sites like MySpace provide more choice than ever before.

The challenge is to shift people away from illegal downloading to a situation where intellectual property is fairly rewarded. The British Phonographic Industry estimate illegal downloading cost the music industry £200m in 2009, with 7.3 million people guilty. The question of how to make a living from music online remains largely unanswered.

One solution could come from streaming websites like Spotify and we7, who provide a doorway to limitless music for free – as long as you don’t mind adverts played in-between songs. If you can’t stand the invasion you can listen uninterrupted for a monthly subscription of between £5 and £10.

Spotify’s vision is clear: “Our dream is to let everyone listen to whatever they want, whenever and wherever they want.”

It is an impressive sounding goal, backed up with over 8m songs and counting. With such volume and variety of music, can their advertising and subscriptions model compensate artists properly? Spotify’s Jim Baxter points to the significant revenues paid back to the industry since their 2006 launch:

“We do and have done from the start. In fact, over the last year, we have paid out tens of millions of Euros.”

Baxter was keen to stress that recent press reports of Lady Gaga earning just $167(£116) from 1m Spotify plays are “well wide of the mark.” He added:

“We are working constantly to grow a sustainable business that fairly compensates everybody involved, especially composers and artists.”

The benefits of streaming sites are persuasive. Along with huge choice, they offer a chance to try before you buy and legally download music you like. The ability to integrate your own music with the service and share songs with friends, via the likes of Facebook, adds to the appeal.

Nevertheless, there is a lingering feeling that it’s all too good to be true. The sites claim you can enjoy them with a clear conscience, safe in the knowledge that creative endeavour is being rewarded. But just how much is that reward?

Barney Hooper represents PRS for Music, who collect royalties on behalf of artists. Their royalty rate is 0.085p per stream or 10.5% the music part of the site’s gross revenue, whichever is greater.

“Music has a value and in order for creators to earn a living they need to receive royalties, wherever their music is played, performed or reproduced.”

100,000 plays of a track would earn £85 at the PRS for Music rate. Not a figure to inspire creative toil. According to Hooper though, the more successful the website, the more the artist can earn:

There are undoubtedly advantages to artists giving away some of their music. More are using free single downloads as a platform to build an audience, consequently hoping to earn extra money from touring and merchandise.

Free access to their entire catalogue is a different proposition though. Hooper fears that the music we all enjoy will stop being made if creators cannot earn from their work:

“The UK music industry is worth £3.6bn, employs thousands of people and the UK is only one of three net exporters of music in the world – we need to celebrate, protect and support that.”

Meanwhile, technology is improving all the time and Spotify offer an application that allows music to be streamed directly onto your mobile phone. Is there still a need to physically purchase music?

“It’s all about giving the users greater choice,” says Baxter. “Some will want to access all the music they want instantly in the cloud via streaming services, others will prefer to own their music. As an industry we need to make sure we have every option covered.”

The UK music industry will be cheered by a recent report from the International Federation of the Phonographic Industry. It revealed a 247% increase in proceeds from streaming sites like Spotify and we7 for 2009, to £8.2m.

The celebrations will be short-lived though as despite this increase, the £8.2m only accounts for 1% of annual industry revenue.

Streaming will surely play a large role in the future of music. However it will need to generate a lot more income if it’s to match the earnings of the past.