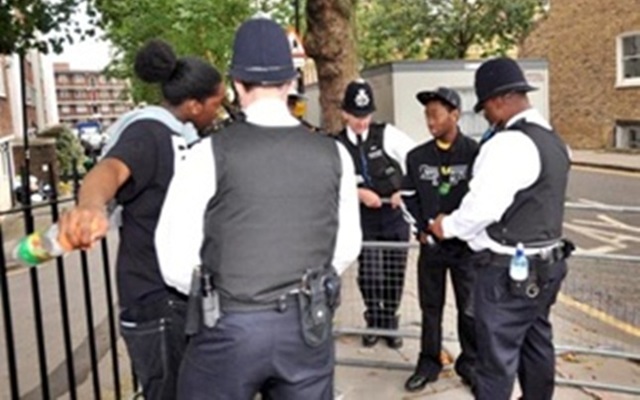 It is clear that the Met Police have an agenda that involves the criminalisation of black and minority ethnic communities. In the past five years alone, the number of black and Asian people being stopped by the police has increased by over 70 per cent, according to Ministry of Justice figures.

The Ministry of Justice report also reveals that stop and search is used in London more than anywhere else in the UK. The Met Police are only responsible for 14 per cent of the population in England and Wales, yet they carried out 42 per cent of all stop and searches.

It is evident that they are specifically targeting the black community as 54 per cent reside in London. This should be cause for extreme concern as clearly, the police are not using their powers fairly.

Since they focus such a large proportion of their manpower on targeting the black community then it should come as no surprise that black people are disproportionately represented throughout the criminal justice system at every stage of the process.

At a House of Commons debate in 2008 organised by the Liberal Democrats, Sarah Teather, the new MP for Brent East challenged the former Labour government on why the National DNA database would soon have the DNA profiles of 77 per cent of the black male population, when 55 per cent of them have committed no crime.

In November 2009, a report by the government’s human genetics commission, led by Professor Montgomery suggested that the police were routinely arresting people in order to add their DNA to the national database.

Home Office figures from the Offending Crime and Justice Survey show that only 28 per cent of black people have committed a crime in their lifetime, compared with 42 per cent of the white population – so that argument does not stand up to scrutiny.

This is why the figures now released by the Met Police should be viewed for what they are: a desperate attempt to justify their agenda of targeting and criminalising the black community.

The newly elected coalition government urgently need to place tight reins on a police force that is clearly out of control.