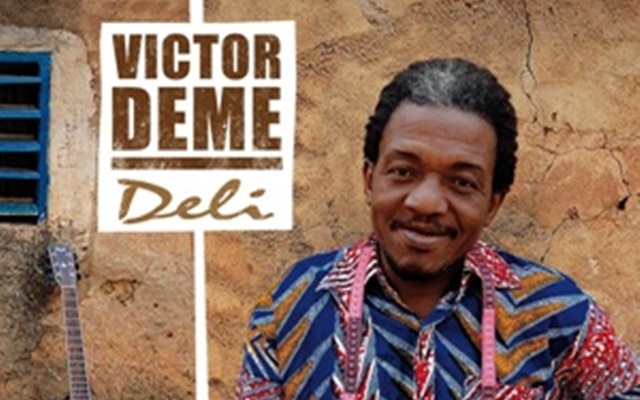 Victor Deme made a breakthrough in the international scene at 47 years of age – now he’s back with a second album, Deli. His debut was all the rage two years ago, so no need to change the formula.

Patience is the greatest of virtues. An adage which Victor Deme must appreciate the full significance. His years performing in West African clubs have eventually led the Burkina Faso-born artist to global recognition. He now spends his time travelling across the globe, but he’s still managed to record a brand new 14-track album.

On this new recording, he blends genres once again to deliver a diverse repertoire including blues, folk or Afro-beat. He alternates songs in his native language and in French, as in Ma Belle, a rumba-based track; a way for Deme to illustrate the strong bond between Africa and the Caribbean.

Even though he’s obviously climbed a step on the world music ladder, Deme nevertheless remains true to himself. He thus kept the same crew as on the first album, while innovating with the appearance of guest musicians such as Femi Kuti on saxophone, or Fixi, from the French group Java, on accordion.

On the cover, Victor Deme proudly wears a tape measure around his neck, as a tribute to his father, a designer with whom he had worked in Abidjan. Deme indeed knows where he comes from and where he goes. Deli is a somewhat traditional album in the vein of its predecessor, and it will thrill fans of West African music in general.

Entertainers create a memorable evening at private view of Happening To Be exhibition
Tragedies and injustice inspire book of poems by London graduate
Review: Fela at the National Theatre