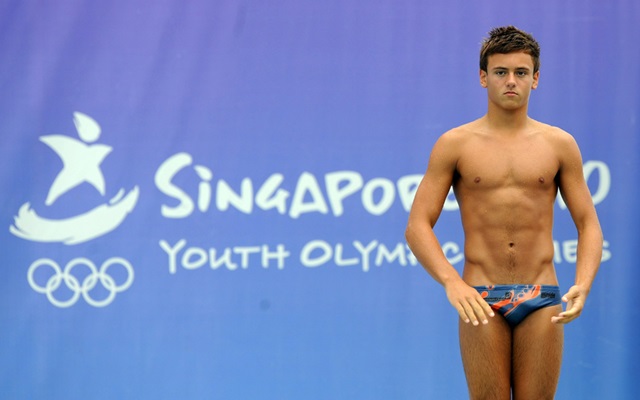 Today 40 young British athletes are in Singapore for the start of the first ever Youth Olympic Games (YOG).

One of the budding young athletes hoping to make a splash at the games is 16 year old diver Tom Daley, the 2009 World and 2008 European 10m platform diving champion.

Daley, who’s been diving since the age of seven, came across the sport by chance at his local swimming pool.

His ambition is to become Olympic champion and Daley says he lives for “the thrills and the adrenaline rush” of diving.

Due to his success, Daley is both a popular and well known athlete. When People with Voices asked a young member of the public who was expected to bring home gold for Team GB, the response was: “Tom Daley – because he’s the only one I’ve heard of.”

The YOG aims to provide a balance between sport, education and culture for the young competitors.

In addition to competing in events athletes will also take part in a culture education programme which includes 50 activities focused on five themes: Olympism, skills development, well being and healthy lifestyle, social responsibility and expression.

Speaking about his participation in the YOG, Daley said:

“I am very proud and excited to represent Team GB at the first Youth Olympic Games in Singapore. It is always a special feeling to put on Team GB kit and compete for your country on the international stage.

“The Youth Olympic Games are another important step for me on the road to London 2012, where I will do my very best to win gold for Team GB.”

This article was produced by Jack Sargood and Michael Jermyn in a one-day news writing workshop.

Fifa World Cup 2010: The disappearing art of the beautiful game
Why FIFA's anti-racism talk is so cheap
Why racism in football should be on the school curriculum