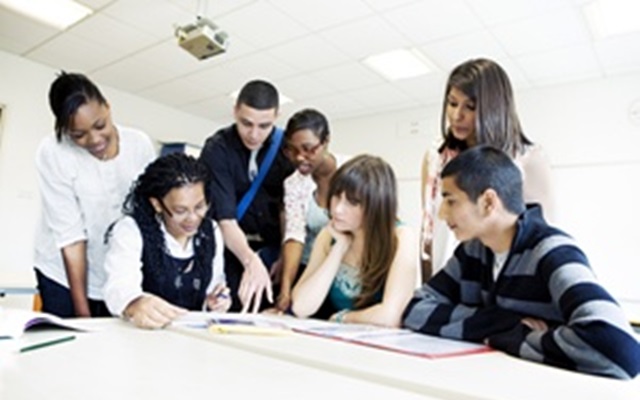 An independent school in South London established 18 years ago, is applying to become a free school under the new government initiative to break the cycle of under-achievement by black pupils.

The Positive Mental Attitude Community College (PMACC) in Deptford, was founded in 1996, and evolved from a former structure that provided both leisure and educational services under the name of the Old Town Community Association.

Today, the school, which its executive director Stevanna Francis says is “inspired by African traditional principles” plans to re-launch as a free school under the new initiative by the Department for Education and Skills, under reforms proposed by education secretary Michael Gove.

At its present site off Deptford High Street, PMACC only has a capacity for 60 students. It currently offers two strands of learning. The first is a Youth Education Sanctuary for excluded pupils that offers nationally recognised GCSEs in five subjects including in English, maths, and ICT.

It also offers nationally recognised qualifications through accredited courses in adult literacy and a variety of diplomas including one in sound and music technology. It plans to join forces with independent education organisation, Nu-beyond, which also has considerable experience of working with excluded pupils and young people.

PMACC hopes to offer a much broader range of GCSEs as a free secondary school. Executive director Stevanna Francis told People with Voices that the organisation:

“…aims to bring about a paradigm shift” and to “break the cycle of underachievement” so that black pupils “will no longer be the subject of negative stereotypes.”

Numerous studies have been carried out that seek to explain the reason why black pupils do not reach their full potential within the secondary education system and why such high numbers are excluded from school.

A Department for Education and Skills report published in September 2006 Getting It, Getting in Right, revealed that 1000 black pupils are excluded from school every year, and that they are three times more likely to be excluded than white pupils.

According to the findings of the DFES Priority Review, “…a succession of subjective judgements by school staff appear to impact differently on black pupils.”

The report states that “discriminatory” behaviour towards black pupils manifests itself in a variety of ways. Black pupils are disciplined more often, more harshly and for less serious behaviour than white pupils.

They are less likely to be praised and negative perceptions of black people, particularly black males, stereotypes them as threatening. These factors are sometimes referred to as institutionalised racism.

A study by Steve Strand from Warwick University published in 2008, argues that low teacher expectation is part of the institutionalised racism that Black Caribbean pupils are subjected to in schools, which undermines their chances of educational success.

The study tracked 15,000 pupils through their education and found that Black Caribbean pupils were less likely to be entered for higher tier papers in maths and science than white pupils, and found no explanation for them being excluded from the harder exams.

Even the most recent study published last week by University College London, which states that white pupils make less progress than pupils from ethnic minority backgrounds, added that this is “with the exception of Black Caribbean pupils.”

Education expert Dr Tony Sewell has consistently argued that the problems faced by black pupils are almost exclusively experienced by Black Caribbean pupils as a result of family life and culture.

In an e-conference in 2009 organised by the Runnymede Trust, Dr Sewell said: “Black African fathers are present in their families much more than those from a Black Caribbean background,” suggesting that this could lead to behavioural problems.

PMACC believe that its interdisciplinary approach, which is inspired by African traditional morals and values can have a positive impact on Black Caribbean pupils in terms of developing greater self esteem and a more positive identity.

Ms Francis told People with Voices that the ethos of PMACC is about the “cultural principle of 'know thyself', continuing self awareness and promotion of personal excellence.”

She describes this as “a strategy to tackle…disaffection, high expulsion rates, high social exclusion rates and rising anti-social and crime rates amongst children and young people living in deprived areas. The larger percentage of who are mostly from African and Caribbean backgrounds – this is our justification for the African and identity focus of our school.

PMACC’s application to become a free school coincides with the launch of a Black History educational resource for secondary schools – “The Wealth of Africa Galleries” at the British Museum.

The initiative is the culmination of a joint project with the British Museum and educational charity The Carf Centre, which works towards raising attainment in schools. The Carf Centre says:

Black History is “an important tool in developing respect of self and others self esteem, pride, confidence, and in shaping and influencing young people of their unlimited potential and aspirations.”

But despite its focus on African history, values and principles, PMACC’s executive director Stevanna Francis, is quick to point out that the school is open to children from all ethnic backgrounds as part of its inclusion strategy.

Some of the testimonials by former pupils reflect the positive outcomes that their attendance at PMACC has had on their educational experience:

Dogan, a Turkish pupil said: “My favourite subject is personal development because I learned so much about myself, even things I didn't know about my own history and I never learned them in Crofton.”

Sabeel, a Pakistani pupil said: “I like PMA because the classes are smaller than my other school so I can concentrate better and teachers help every one of us.”

Shanequa, a Black Caribbean pupil said: “I am just so happy that I got to do my GCSEs. If I did not come to PMA I would have just been out of school with no GCSEs. The teachers are really nice, the classrooms are lovely and I like the fact that my teachers are down to earth but strict at the same time.”

PMACC has just submitted its application to become a free school, setting out its reasons, the aims of the school, an outline of the curriculum, potential locations and evidence of a demand from parents and the wider community.

It has so far collected around 350 signatures via both a paper and online petition and Ms Francis told People with Voices “we’ve had a very positive response.” Asked what action the school would take if their request to become a free school was declined, Ms Francis said:

“As far as we are concerned we fit all of the criteria, so if they were to say no, we would go back and challenge them about the principles they put forward. We would need a very good reason as to why our application was rejected.”