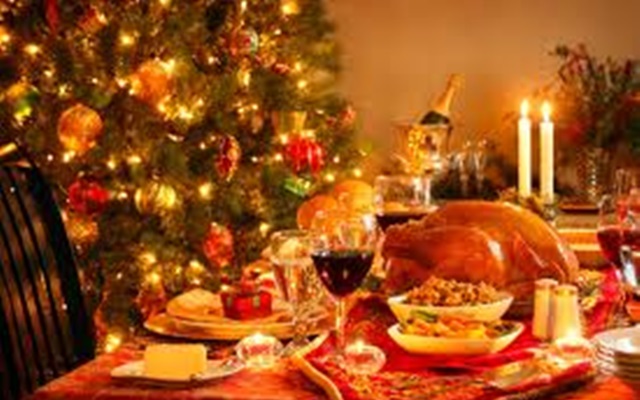 Food and family means most to multi-faith Londoners at Christmas

“Christmas is about buying presents for your loved ones, eating Turkey and spending    quality time with the family,” Jason Roberson from North London told People with Voices. His view seems to be shared by many Londoners regardless of race or culture.

In the UK, the original meaning of Christmas is the celebration of the birth of Jesus Christ. But Londoners from different religious backgrounds use the festive season and public holiday as a way of spending time with their family and friends.

Over the years the festive season has become more commercialised, focusing on the material things needed to make the big day perfect, according to commercial assistant Dee Kumar from East London.

Ms Kumar who is of Hindu religion understands and appreciates the religious meaning of Christmas. She told People with Voices:

“I went to a Christian primary school and a Catholic secondary school so I understand why Christmas is celebrated as I grew up believing in it. I Just don’t follow or practice the religious side.”

But Ms Kumar says that many people living in London forget to acknowledge what the day means and why it is celebrated by Christians.

“The good thing about Christmas is that the whole country participates and everyone has a day off to spend with their family and loved ones.  But the down side is that it’s become too commercialised with less of a religious aspect – we need more carol singers and religious involvement to surround the season.”

Hanukkah, Diwali and Ramadan are events associated with different religions that have been seen to carry more religious significance.

During Hanukkah, which is celebrated by Jews, candles are used to represent the miracle of the menorah which stayed alight for eight days when the Jews only had enough oil to last for one day.

Cash Assistant Mo Karim, a Muslim from South East London told People with Voices that for her, Christmas is too commercialised:

“I feel that [Christmas]… has lost its sense of religious meaning and there is not enough education for the new generation about the true meaning of Christmas.”

According to the Christian faith the main focus of Christmas should be to acknowledge the birth of Christ and how he died on the cross to save our sins. Christian Nat Callender, a self-employed builder from South London told People with Voices:

“I feel that this country puts too much emphasis on buying gifts and putting on the best parties and the younger generation are just interested in getting loads of presents which defies what Christmas is truly about – which is quite sad.”

Despite the criticism that Christmas has become too commercialised, it is a time of the year that people from different religious back grounds can all celebrate and appreciate the importance of family.

For centuries Christmas has been a time for family and friends to join together and have a glorious feast and lots of fun. Across London many families still attend church before going home to enjoy Christmas dinner. As Muslim Mo Karim acknowledges:

“Christmas is a national holiday that can be shared by people from different religious backgrounds whether you are Muslim, Jewish or Christian. Everyone can spend time with their family and it promotes kindness and forgiveness.

Activists use the blogosphere to fight racism against Afro Cubans
International Women’s Day Feature: In celebration of our grandmothers
To be or not to be: homophobic