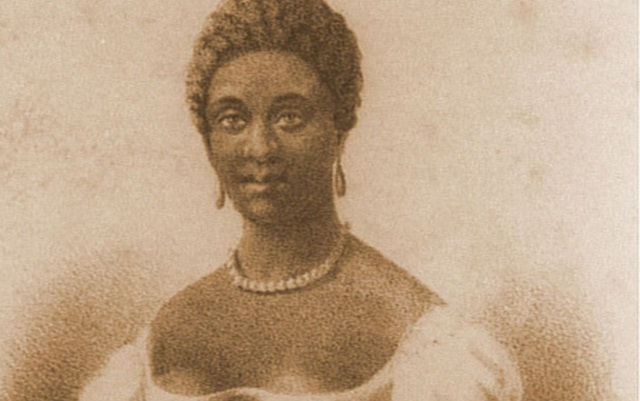 The black presence in England dates back at least 2000 years to the Roman invasion of Britain. Africans in Rome and subjects of the North African colonies were present at every level of society, as evidenced by the Libyan-born Emperor Septimus Severus who died in York in 211 AD

More than a thousand years later there was clearly a black presence in London as in 1601 Queen Elisabeth 1st made her famous proclamation that she was “ highly discontented to understand the great numbers of negars and Blackamores which are crept into this realm… who are fostered and relieved here to the great annoyance of her own liege people”.

She called for their immediate deportation, which she had already asked for in 1596. This racist attitude toward black people living in Britain would echo down the centuries. Her edict did not work however, as in 1731 the Lord Mayor of London banned black people from taking up any trade, a policy which forced people into poverty.

Ukawsaw Gronniosaw was a Prince from the borders of Chad/Nigeria.  He was sold into bondage but later became a soldier who served in Cuba and Martinique. The British army had habit of ‘recruiting’ as well as buying slaves, such soldiers were then used to suppress the numerous plantation revolts and fight against other Africans and Indians in the wars, which expanded the Empire.

Ukawsaw lived in Petticoat Lane, London and published his slave narrative in 1772. It was the first of what would become a genre of literature, which would play a major part in informing the public of what life was like for enslaved people. This form of resistance was vital to counteract the pro-slavery propaganda

1772 also saw the Mansfield decision and his estimate that there were fifteen thousand black people in England. That number would have increased somewhat with the arrival of the Black Loyalists in the 1780’s. Loyalists were African-Americans who had fought for their freedom, and Britain, in the American war of independence.

In 1773 Phyllis Wheatley originally of West Africa, lived in the Tower Hamlets area. Her book Poems on Various Subjects: Religious and Moral, was the first published by an African woman  (at least in the Post Slavery era as there were many female scholars in the ancient African civilisations) Her ability to read, write and express herself astonished those with racist views and helped make the case for African humanity.

In the same year Ignatius Sancho ran a grocery shop in Charles Street, W1. He wrote poetry, and a series of Letters, the posthumous sale of which achieved huge readership and helped sway public opinion. He records being abused for the colour of his skin when out with his family; an experience, which is still common in 2006.

Olaudah Equiano is one of the most famous African-British abolitionists. Kidnapped as a boy in Nigeria he was forced into slavery, bought his freedom, served in the Royal Navy and voyaged to the Artic. Sometime resident of 53 Baldwin Gardens EC1, Oluadah published his Interesting Narrative in 1789 and toured the country giving abolitionist speeches. He was personally involved in campaigning against the Zong massacre.

Olaudah was not alone in his anti-slavery struggles.  In 1789 he co-signed a letter published in The Diary newspaper. The letter condemned slavery and those who defended it.  The Sons of Africa, as they were known, included Joseph Sanders, Bough Gegansmel, Cojoh Ammere, Thomas Cooper, William Green, George Robert Mandeville, Bernard Elliot Griffiths and Ottobah Cugoano.

John Marrant was born free in New York in 1755. He became an accomplished musician but was press-ganged into the Royal Navy during the American War of Independence. He later became a Methodist minister and went to Nova Scotia where many other black loyalists had been dumped. He returned to England and in 1790 and published A journal of the Rev John Marrant from 1785-1790. At the time it was the most detailed account of black community life and missionary work ever published.

William Davidson was a Jamaican radical who fought for equality. In 1820 he resolved to assassinate cabinet members while they were dining in Grosvenor Square. For his efforts in what was known as the Cato street conspiracy he was first hung, then beheaded at Newgate gaol (where the Old Bailey now stands). The conspiracy had been infiltrated by an agent provocateur who encouraged them to take extreme action, then informed the authorities.

Also involved in fighting for equal rights was Bill Richmond, a black man who in 1806 owned his own gym in Trafalgar square and coached Lord Byron among others. He grew up in Northumberland and developed his boxing skills after repeatedly being insulted about his colour. After several such fights, his reputation allowed him to move up the ranks.  As a skilled cabinetmaker he could little afford to damage his hands but nevertheless he took on the awesome Tom Cribb in a prize fight in 1805. He lost, but the profits guaranteed him independence.

Henry Beckford was an emancipated slave and abolitionist. He was one of the many black men who attended debates in Parliament. He features with two other black men in the famous Benjamin Robert Haydon painting The Anti Slavery Society Convention of 1840 in the National Portrait Gallery.

Frederick Douglas, the leader of black America, spent two years in London. His autobiography, published in 1845, revealed his location to the slavemaster he had escaped from. Fearing recapture, he sought refuge in London for two years. While resident,  his British friends collected money and ‘bought’ him from his ex-master. He was then able to return to America as a free man but not before he delivered antislavery speeches in places like Leeds and Taunton. Douglas later became the first US ambassador to Haiti in 1891.

The fact that most of this information is unknown and indeed sometimes disbelieved by the general public illustrates how effective the education system, both formal and informal, has been in portraying a false version of history. This version promotes an ideology where black people were passive victims in the fight against slavery and its monster child, racism.  Indeed the very idea that Wilberforce and white English liberals brought freedom to the grateful Africans is another manifestation of a white supremacist thought process.

The true story is that  African people resisted and fought for equality using any means necessary be it fists (Bill Richmond), books (Ukawsaw Gronniosaw) speeches (Olaudah Equiano) or by massive and violent uprisings (Haitian Revolution 1791, Sam Sharpe Rebellion of Jamaica 1832)

The racism, which justified the slave trade and the empire, has become endemic and normalised to the extent that it underlies the very culture we live in. The struggle continues against new manifestations of racism be it stop and search, school exclusions, immigration controls, racist murders or deaths in custody.

The continued ignorance and collective amnesia of the true history of this country help to create an environment in which slavery continues to this day in England and around the world.

Photo is of Phyllis Wheatley.

This article was originally published on Black Book News.

UNIYFPAD: Reflections on Freedom
Godmother of Rock n Roll: Sister Rosetta Tharpe
Should Africa Dump Agriculture for the Sake of Peace and Stability?