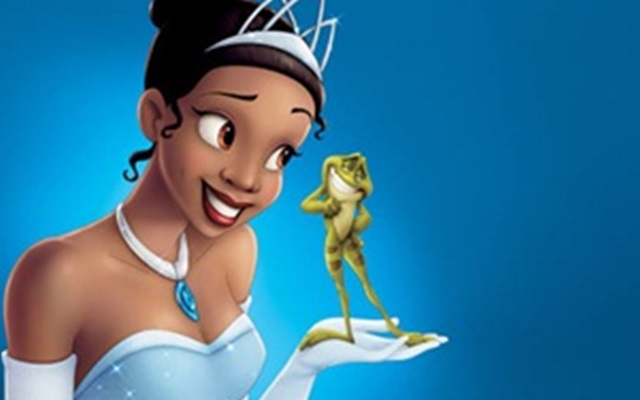 After the hysteria that greeted Disney's Princess and the Frog, it is worth reviewing the presence and treatment of black characters in children’s’ films. It is not uncommon for a black family to spend two hours watching a film in which they do not feature in any way, shape or form. Here's a list of recent films aimed at a young audience which have been dubbed ‘Black People Free Zones.’ (BPFZ) Tangled, a re-working of Rapunzel, takes place in a society where black people do not exist at all.

In How to Tame Your Dragon the only black character in the movie is the dragon itself. Despicable Me is a BPFZ (although there is a black woman in the waiting room). Gnomeo and Juliet showcases yet another all-white cast. In Megamind there are some black children glimpsed for about 20 seconds in Megaminds nursery and a few in the crowd scenes.

In Chronicles of Narnia 3: Voyage of the Dawn Treader there are some scenes with black sailors in the background but most seem to die before the film is over. Previous Narnia films were entirely BPFZs. In fact you are more likely to see a talking lion/penguin/owl/pig/dog/horse, a blue big- headed alien, a gnome or a robot  portrayed as a hero, than a black person.

Is there any animated movie that is full of only black characters, that features no white people at all that is regularly viewed by all-white audiences who happily pay their money to watch a film in which they do not see anyone who looks like them? Perhaps this is why Disney's Princess and the Frog was so eagerly embraced and why Disney was applauded for its first ever black princess. But there are a still few questions to be answered such as:

And, just out of interest, why did they make the Lion King with African animals as opposed to African people ? Disney is undoubtedly pleased with the huge profits from its Princess and the Frog while not apologising for its eight decades of racial exclusion, not to mention its years of exploitation of Haitian workers. See Disney's recent behaviour bears similarity to Vogue magazine, who a couple of years ago produced their first issue with all-black models.

They were universally praised for their 'brave stance' on the race question. But it might have been pertinent to ask Vogue why they had not regularly featured black models in the past 20 years. Meanwhile that issue sold out and indeed thousands of  black women went out of their way to give Vogue their money . Vogue was very happy, improved its bank balance but have there been many black models in their magazine since then?

In terms of Disney's Tangled, having made a tokenistic gesture with black princess Tianna, things are now back to 'normal'. In Tangled a white girl with long, straight, blonde hair is the heroine and her hair is the source of her power and beauty. What effect will this have on little girls with curly African hair that, unlike Cat Deeley's does not 'swish'?

What messages does this send to black children when they see fantasy lands where everyone is white? How would white children feel if the majority of films they viewed on the big screen showed happy African families having adventures in lands where Europeans were totally absent ? “Clearly there's always a correlation between the images you are bombarded with and how you feel about yourself,” says Dr. Robert Atwell, president of the Association of Black Psychologists."

So you either get presented with images that stimulate your sense of potential or images that ignore you or are negative." 'In the first stage, the Black child absorbs many of the beliefs and values of the dominant white culture, including the idea that it's better to be white. The stereotypes, omissions, and distortions that reinforce notions of white superiority are breathed in by Black children as well as White.

Simply as a function of being socialised in a Eurocentric culture, some Black children may begin to value the role models, lifestyles, and images of beauty represented by the dominant group more highly than those of their own cultural group.

On the other hand if Black parents are what I call race-conscious – that is actively seeking to encourage positive racial identity by providing their children with positive cultural images about what it means to be black, the impact of the dominant society's messages are reduced.” African Superheroes Day takes place on Sun 27 February 2011.