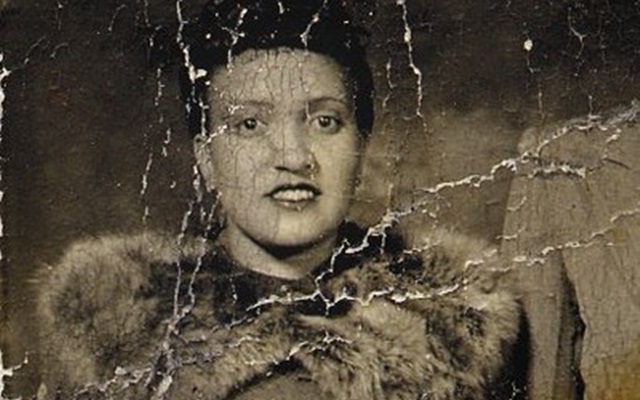 Many books have clever strap-lines, usually claiming their contents will either change your life or be the best thing you will read this year. Often this blurb is exactly that: a marketing tool designed to grab your attention and pull you in on an over-inflated promise.

The Immortal Life of Henrietta Lacks has such a strap-line: “She died in 1951. What happened next changed the world.” Rather than throwaway hyperbole though, these tantalising words prove to be stunningly accurate in their claim.

Rebecca Skloot’s debut charts the history of human cell culture, through one of science’s most important but least remembered contributors.

Henrietta Lacks died on October 4 1951 from cervical cancer. A poor, black tobacco farmer, there was nothing immediately remarkable about her passing. However, the cancerous cells doctors removed without her knowledge changed that, leading to one of the most significant and profitable scientific discoveries of the 20th century.

Henrietta’s cells were the first immortal human cells grown in a laboratory and went on to be used in research that helped develop treatments for leukaemia, herpes and Parkinson’s disease. They have travelled worldwide and are still used extensively by scientists today.

Like a good detective novel, the book sets out to understand more about the woman behind the cells and follows the author’s attempts to track down Henrietta’s family.

Skloot’s story-telling is divine, her descriptive prose transports you back in time to the tobacco fields of Clover, Virginia, and she shows a real understanding of both the human and science sides of the tale.

Little is held back when describing medical procedures and many of the scientific explanations are not for the squeamish: “The skin from Henrietta’s breasts to her pelvis was charred a deep black from the radiation.”

Similarly, she describes Henrietta being physically strapped to the bed to stop her falling to the floor during convulsions of pain in a way that is honest and without sensationalism. The science is explained clearly and concisely throughout; leaving you wishing Skloot was around during your time in the classroom.

While the graphic scenes make for uncomfortable reading, the most harrowing parts of the book are the reminders of how black people were treated in the all- too recent past.

In 1950’s America, most hospitals were only for whites and would refuse to treat black patients. Those that did, kept black and white patients segregated, with white-only water fountains and separate freezers in the morgue for black people.

A researcher at the Hopkins hospital where Henrietta was treated used blood samples of local, poor and predominately black children in 1969 without their consent. The reason? To test for “a genetic predisposition to criminal behaviour.”

Equally, the treatment of Henrietta’s daughter and others at the Crownsville Hospital for the Negro Insane was horrific. Patients were used for painful brain x-ray experiments where the side effects lasted for months.

Over in Tuskegee, black scientists were using cells from a black woman to successfully test the effectiveness of the first polio vaccine. Meanwhile, state officials at the same site were watching hundreds of African American men with syphilis “die slow, painful, preventable deaths, even after they realized penicillin could cure them.”

This sense of injustice runs strongly through the narrative. Pharmaceutical companies have made a phenomenal amount of money from selling Henrietta’s cells, yet her family remain poor and unable to afford their own healthcare.

Skloot weaves the tale seamlessly from past to present, from her story to Henrietta’s and her family’s – all over the course of 80 years.

It clearly became more than just a book to the author and her determination to discover and share the truth of this extraordinary story is etched into each page.

The result is part science and part history lesson, documenting harrowing treatments and shocking racism, yet celebrating the tremendous legacy of one woman’s contribution to a crucial scientific breakthrough.

It is hard to compare The Immortal Life of Henrietta Lacks to other books as I have not read anything quite like it. Skloot turns the writing of it into a personal journey, ending up as one of the key players in a story you have to remind yourself isn’t fiction.

More importantly, she successfully tells a truly remarkable tale; one that should be shared as widely as possible to gain the recognition it deserves.

This article forms part of our 2011 editorial campaign in support of the UN International Year for People of African Descent.

One Comment On “Book Review: The Immortal life of Henrietta Lacks by Rebecca Skloot”