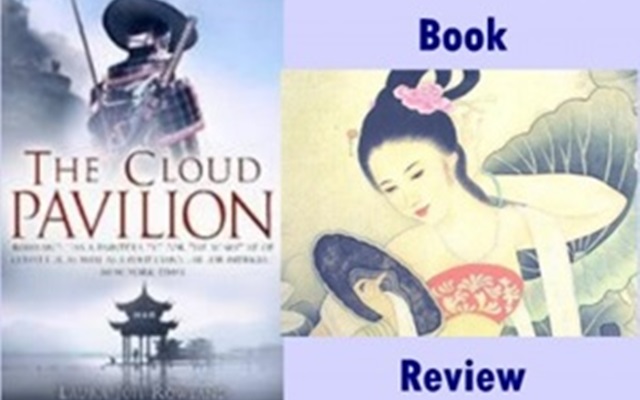 Laura Joh Rowland has wowed me with another of her stories. I was interested in reading The Cloud Pavilion because of Sana Ichiro, the main character.

I first met him in The Red Chrysanthemum, when he was a powerful detective in the Tokugawa regime. In this book, he has risen to become Chamberlain, a position he shares with his former arch enemy, Yanagisawa.

Following Sano’s exploits was like going on a journey with a friend. Although he’s much more powerful than he was before, he handles his position in the government with humility and grace. His generosity comes to the fore when an estranged relative of his is kidnapped and raped.

The woman is the daughter of his uncle, who turned Sano’s banished mother away when she needed help from the family. The challenge to find the culprit gets dicey when the shogun’s wife is also captured. Sano’s old enemy, Yanagisawa shows his hand then, and at that point, Sano understands how he has been outmanoeuvred.

One of the things that kept me reading was the number of suspects in the crime. All of the men have much to lose and yet are confident because of their alliances, positions, and roles within the society. I have long been fascinated by books set in ancient China and Japan. 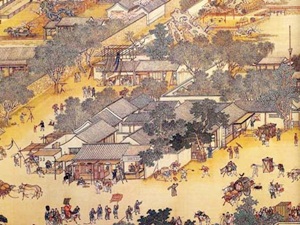 The Cloud Pavilion did not disappoint in its rich detail. The reader is taken from well-appointed castles to mean streets on to the countryside, and even to what I will call a dog reserve. At the point in time that the book is written (1701), dogs were protected and the penalty for killing one was death, even if the dog was killed in self-defence.

Another thing I learned which I haven’t come across before, is that a woman who has been raped is considered disgraced. Though it seems like insult added to injury, such a woman is thrown out by her husband and also loses contact with her children.

I found it hard to swallow, but couldn’t help being touched when a twelve-year-old girl was subjected to the same fate. It is painful, not to mention incomprehensible for a child to try to make sense of the fact that she is no longer the apple of her father’s eye, through no fault of her own.

Sano’s wife is another outstanding character. She is not the usual obedient and subservient female, but is out and about with her guards helping her husband do detective work.  Their children also provided some interesting moments.

Their son is all about being a detective and he has his father’s intelligence and his mother’s willfulness to get the job done. Again, the cultural aspects came out in their familial relationships.

Children are expected to be obedient and argumentativeness is not condoned, something that is sometimes an alien concept in the western world. These differences do make for a total escape from the world as I know and experience it.

Sano is supported in his role by a set of detectives, one of which provided an interesting sub-plot for this novel. Hirata has achieved almost mystical status as a samurai fighter. He is quite attuned to the world around him and when he is in combat, can anticipate blows before they hit.

Because of his reputation, other samurai challenge him, only to be trounced. In this book, he is stalked by an unknown enemy, who he never sees. He senses the man’s presence, knows he is dangerous and that one day they will do battle.

Unfortunately, the stalking leads Hirata to do the unthinkable and he falls out of favour with the shogun. Hirata’s situation is not resolved by the end of the novel, but I expect that his adventure will continue in another of Rowland’s novels.

Based on the outcome of his investigation of the rape crimes, Sano is demoted and is back where he started when I met him in Red Chrysanthemum. Hirata is also disgraced and demoted, but his enemy, Yanagisawa, retains his position as the only Chamberlain in Japan.

Rowland is skilled at demonstrating the intrigue that is part of the lifeblood of the shogun’s kingdom. He is capricious and childlike, frequently threatening to decapitate those who displease him. Alliances are formed and broken at will, betrayals come at the whiff of a better opportunity, and enemies abound.

I cannot help being impressed by the research that has gone into the finished product. The details are woven in seamlessly to form a well-written whole. The characters are multi-layered and well worth the adventure that takes them nearly four hundred pages to complete.

Rowland ensures that fans will continue to read the series by leaving a few loose threads. I’m still not sure exactly what caused the discord in Sano’s family, nor do I know the identity of Hirata’s enemy. Still, I’m certain I’ll find out the answers to those questions in another book. I also have no doubt that Sano will rise again.

Book Review: Hair Products 101 by Chicoro
The Secret Life of Words How English Became English
Fathers and daughters: an anthology of exploration