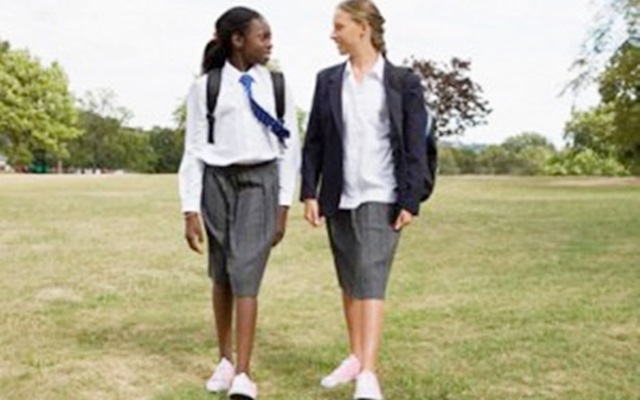 Racism in education: coincidence or conspiracy by David Gillborn

Using critical race theory as a basis to examine the education system in the UK, David Gillborn argues that the system is not designed to promote equality in education, but rather to maintain the achievement gap that exists between white pupils and pupils from minority backgrounds.

For anyone unfamiliar with critical race theory, as Gillborn points out: “Critical scholarship on whiteness is not an assault on White people per se: it is an assault on the socially constructed and constantly reinforced power of White identifications and interests.”

As the author acknowledges, critical race theory was pioneered by black scholars such as Derrick Bell, Patricia Williams and Kimberley Crenshaw in the USA and has since been adopted by antiracist, scholars in the UK, like the author himself, Professor David Gillborn from the Institute of Education.

Much of his work in this book focuses on the experience of African Caribbean pupils. The book’s sub title poses the question as to whether racism in education and specifically white success and black failure is a coincidence or conspiracy. There is plenty of evidence in the book to suggest that educational inequality is not accidental.

Local Education Authorities (LEA) secure a great proportion of their funding on the basis of black academic failure. Gillborn quotes the case of an LEA that reported just 8.3 per cent of African Caribbean students achieving five good GCSE passes (grades A-C), compared with 28.4 per cent of white students. But the key point was in the future predictions of the LEA which was that white attainment would rise to 40 per cent, whilst African Caribbean attainment would only have increased to 17 per cent. Gillborn co-authored a report that accused the LEA of planning for the failure of black children.

Gilborn provides a critical analysis of the myriad of statistics published which often imply that the achievement gap between black and white pupils is decreasing, when the reality is that it has remained consistent over the long term. Overall the number of pupils achieving five good GCSE’s has risen from 30 per cent in 1988 to 57 per cent in 2006 but black and minority ethnic pupils have not shared equally in the success. The Youth Cohort study which analyses the changing pattern of GCSE attainment between the 1980s and 2004 reveals that whilst white pupils improved by 25 percentage points, black students’ improvement was only 16 percentage points.

But Gillborn does not believe the achievement gap is due to lesser ability on the part of black students, but rather as a consequence of inequalities endemic to the education system, perpetuated through damaging policies and unfair assessment strategies. For example, as the author notes, black students are disproportionately entered for vocational qualifications and are confined to lower streams where the maximum attainment that can be gained is a grade C.

One of the most damning revelations of the book is the way in which baseline assessments – the former method of assessing pupils when they enter compulsory education, in which black pupils outperformed all other ethnic groups, subsequently changed to a teacher-subjective method known as the Foundation Stage Profile. Yet under the new method of assessment, black pupils have become the lowest achievers. This might lead one to the conclusion that if black pupils do better than white students then the assessment has to be altered so that the dominant (white) group appears to be superior to other ethnic groups.

Gillborn cites an excellent example of how the colour blind but racist ideology works in practice. Chinese and Indian pupils, who excel in GCSE results are often used to promote the idea that ‘good’ minorities who work hard can achieve success, proof that the lower achievement of black pupils has nothing to do with racism, but is down to their own shortcomings. However, the author observes:

“Racists have always played favourites, viewing some groups as exotic, mysterious and alluring, while others are seen as bestial, savage and threatening: the same processes are at play in contemporary classrooms and staffrooms.”

No prizes for guessing who is seen as the savages. The high expectations teachers have of Indian and Chinese pupils is in sharp contrast to the low expectations they have of black pupils. The higher number of black exclusions and disproportionate number of black pupils entered into lower streams speak for themselves in this respect. A child who receives greater praise, support and who is expected to do well is always going to do better than a pupil for whom the opposite is true.

The failure of successive governments to acknowledge and adopt measures to tackle institutionalised racism in schools is a major reason for the continued achievement gap. According to Gillborn: “The overwhelming weight of social and educational policy…has failed to address race inequality; It has pandered to White racist sentiment and left the principle race inequalities untouched.”

This is a thorough and detailed analysis of the education system which does not just cite racism as the reason for educational inequalities but also explains in clear terms and with ample evidence exactly how white supremacy functions in the education system to maintain social disadvantage.

The Secret Life of Words How English Became English
Book Review: We Want for our sisters what we want for ourselves
Book Review: The politics of black women’s hair by Althea Prince

One Comment On “Racism in education: coincidence or conspiracy by David Gillborn”