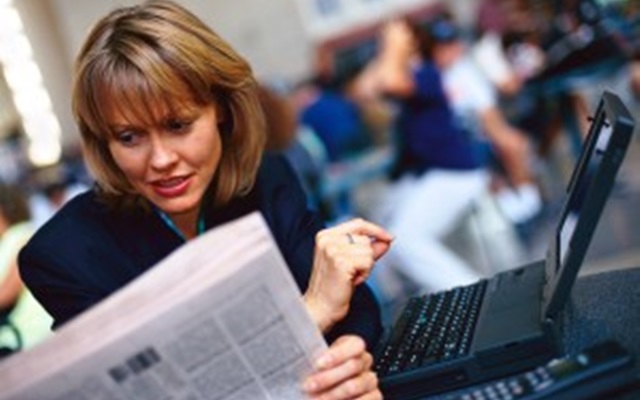 The future of news on the internet

Last year was the worst year for the newspaper industry with declining readership accelerating during the economic downturn, a new report by an economic think tank says.According to the Organisation for Economic Cooperation and Development (OECD) based in Brussels, only the US fared worse than the United Kingdom, with the downward development resulting in widespread job losses across the sector.

Last Thursday Trinity Mirror announced that 200 jobs will be axed from The Daily Mirror, Sunday Mirror and The People. The cuts amount to a reduction of 25 per cent of its editorial staff.

One of the main reasons why the sector has suffered so badly during the recession has been a decline in advertising, fuelled by the decline in readership.

The global newspaper industry derives around 57 per cent of its revenue from advertising on average, but this varies widely between OECD countries.

For example, the US relies on advertising for 87 per cent of its income, whereas in the UK, the figure is 50 per cent. The majority of advertising revenue comes from print, with online advertising accounting for just four per cent on average, falling sharply in 2009.

The problem the industry is faced with is that whilst online advertising revenue is low, online readership is increasing. In the UK 37 per cent of the population read news on the internet, and across all OECD countries, internet traffic to online news sites has grown rapidly.

The OECD says that the willingness to pay for online news remains low, and whilst at the moment reading online news complements rather than replaces traditional newspapers, this is likely to change in years to come.

This is because younger age groups are more active online news readers and it is thought that the percentage of people who read online news is expected to grow rapidly with the new generations who start using the internet early in life.

On the positive side, the OECD says that the rapid growth of decentralised online news helps to liberate readers from newspaper monopolies that have a tendency to produce partisan news, and who dominate both the production of and access to news.

But the downside is that the demise of traditional news media is seen as a risk within democratic societies. The issue for debate is to what extent governments should intervene to support the industry, or whether the industry’s fate should be left to market forces.

A new report by Polis, The Value of Networked Journalism endorses the sentiments of a House of Commons Media Select Committee Report in April 2010, which says that local newspapers should be working with independent websites.

The Polis report aclnowledges that “Voluntary or citizen local media operating on a small and unstable scale may not make money, or employ professionals, and they may not provide comprehensive coverage, but they have a valuable function.”