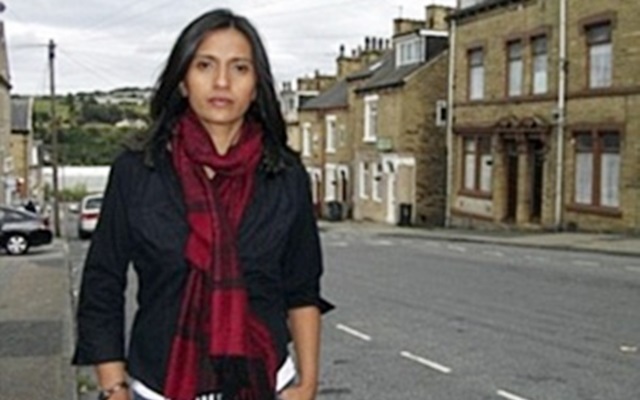 Politicizing cousin marriages plays into the hands of the far right

First there was a call for a ban on the Burka, now some are calling for a ban on cousin marriages. One could understand if at this point Asian communities, especially Pakistanis are feeling demonized.

The latest furore on cousin marriages is largely the result of last night’s Dispatches programme on Channel 4, which turned a health issue into a racially charged political one.

Yet the Burka, which is only worn by a minority of Muslin women in Britain has been made into a political issue and one which is all the more contentious because of the interplay of race and religion.

Such is the case with the latest furore over cousin marriages which has erupted as a result of last night’s Dispatches documentary on Channel 4: When Cousins Marry.

As usual, such programmes are always fronted by someone from an ethnic minority background to give more credence to the documentary, and this was no exception with Tazeen Ahmad doing her best to scaremonger the British public.

One only has to look at some of the articles in the mainstream press to see how Channel 4 has handed far right groups and individuals with right-wing views ammunition to wage a damaging smear campaign against Asian communities in Britain.

Take for example a commentary in the Telegraph yesterday by Ed West with the inflammatory headline: HOW LABOUR’S IMMIGRATION POLICY LED TO GENETIC TRAGEDY.

West, who uses a metaphor to refer to British Pakistanis as canines, writes of “a massive increase in inbreeding” and refers to Bradford as “a veritable human Crufts” which is a perfect example of how racism is reproduced through language and texts.

West is clearly seeking to dehumanise the British Pakistani community by reducing them to the status of  sub-human. “Inbreeding” is of course a term used to describe animals, whereas the scientific term for cousins who marry and have children is consanguinity.

Quoting Ahmad, West says: “We know the children of first cousins are ten times more likely to be born with recessive genetic disorders which can include infant mortality, deafness and blindness.”

Wrong. What the documentary failed to mention was that according to the Human Genetics Commission (HGC), the absolute risk of first cousins having a child with a recessive genetic condition is 3 per cent.

The HGC acknowledges that inaccurate reports in some sections of the media falsely imply “that ALL British Pakistanis are equally at risk irrespective of marriage patterns, and fails to clarify that the risk relates specifically to recessive genetic disorders which can arise in cousin marriages.”

The risk of first cousins having a child with any type of congenital or genetic disorder is 6 per cent, but the HGC says that “other types of genetic conditions, including chromosomal abnormalities, sex-linked conditions and autosomal dominant conditions are not influenced by cousin marriage” and more importantly that:

“The great majority of pregnancies do not result in abnormalities.”

But we did not hear this on the Dispatches programme. What we also did not hear is that according to the Genetics Interest Group (GIC), consanguinity bears some similarity to  another risk factor during pregnancy – maternal age.

The absolute risk at age forty is one per cent. Yet when women choose to bear children is a matter of personal choice. Whilst there has been media coverage in the past about the trend for European women to put off having children until later in life because of their careers, the issue has not been racialised or politicized, because, as the GIC notes:

“…cousin marriage is more common amongst a British minority population, whilst increased maternal age is more prevalent within the general population.”

In other words, white or European culture is normalised and becomes invisible in the public psyche because the mainstream media does not politicize or racialize European culture.

In his vitriolic commentary, West writes:

“Aside from the heroic Ann Cryer, MPs with south Asian populations have been reluctant to say anything.”

These politicians, he says “who can spot a 'public health disaster' from a mile away if it requires taxpayer’s money to deal with it, have been strangely silent on this issue.”

Well on this occasion MPs would do well to keep their mouths shut, as this is not a political issue, just as the trend for European women to delay having children is not treated as a political issue.

In the Dispatches documentary, ex MP Cryer said that consanguinity is putting a strain on health services.  Well so are obesity related illnesses, many cancers caused by smoking and  illnesses related to alcohol abuse  – these too are illnesses that occur as a result of personal choices.

Consanguinity does pose health risks but these should not be blown out of proportion. The most sensible approach to the issue by far is that presented by the GIC and HGC, who suggest that:

“…for communities where cousin marriage is the tradition, a similar response to that given to increased maternal age would be appropriate.”

This includes providing education and information about marrying cousins, providing counselling and support:

“and a no-blame approach that enables couples to come forward for testing.”

Politicizing and racializing cultural differences and matters of personal choice is never a good idea as it merely plays into the hands of the far right.