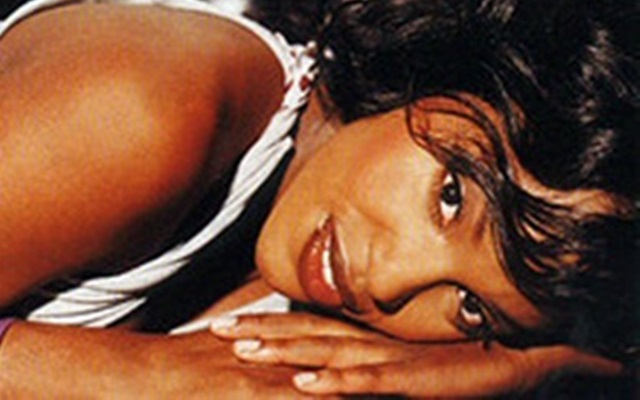 For Black History Month we are celebrating black British women who overcome the physical and mental challenges of lupus to achieve personal success.

Figures from the West Midlands Lupus Society reveal that while 1 in 1000 white women in the UK suffer from lupus, for black women the figure is 1 in 250.

High profile, celebrity women such as singer Kelle Bryan and comedienne Gina Yashere, have proven that achieving success is still possible despite the many obstacle that the illness may bring.

Singer and actress Kelle Bryan, who achieved international fame as part of the female group Eternal, was diagnosed with lupus during a stressful time in her life which may have been the trigger for her flare up leading to the diagnosis.

The symptoms she experienced are very common to lupus suffers and include mouth ulcers and stiffness of the joints. But like many women with lupus, Bryan was unaware of her condition due to a lack of knowledge about the disease.

She therefore experienced a stressful diagnosis during which she was told she may have AIDS, as her symptoms mimicked those of HIV.

Bryan was later diagnosed with lupus after further tests and was given a brief overview of what living with lupus would mean. She was told:

“In some cases lupus can be fatal. You might end up in a wheelchair and you will not be able to have any children. Lupus sufferers usually miscarry.”

Bryan told People with Voices: “I was totally overwhelmed. The doctor told me I would be put on steroids [and that] the side effects include obesity, brittle bones and hair loss.”

Despite the struggles that Bryan has encountered, she has overcome them all to enjoy a successful music career and get married. She is also a patron for the St Thomas Lupus Trust.

Speaking of her achievements, Bryan said: “I'd made it as a singer but I could be a mum too. I knew when the doctors told me my fate that it wasn't for me – and I've been proved right.”

Bryan’s experience of being unaware that she had lupus is a common one, since so few people have even heard of the disease. People with Voices asked 10 men and women if they knew what lupus was – only 5 out of 10 did.

Aside from the symptoms that vary from one person to another that include hair loss, kidney problems, skin rashes and mouth ulcers; it can also cause fatigue and depression. But it is still possible to make adjustments to cope with them.

Angie Davidson, campaign director at the St Thomas Lupus Trust, suffers from the disease herself. She told People with Voices that lupus affects everyone differently.

“Lupus is very much a mental illness as well as a physical one. It affects everyone differently on such a wide scale. For example, you will have those who can work and those who can’t work at all.

“I am so busy with work that I block it out at times and that keeps me going every day. I said that I wasn’t going to let this illness stop me from living. Some people get very sick and come back from it like Kelle Bryan who was in a wheel chair at one point.”

Comedienne Gina Yashere has also overcome the challenges of lupus to gain success on both sides of the Atlantic after her show became hugely popular in Los Angeles.

Yashere, who is from a Nigerian background, had heard of lupus before being diagnosed in 2005, as her aunt had the illness before she passed away. Yashere then become a patron for the South London Lupus UK group.

She embraces her illness by openly expressing her experiences. In many of her shows she talks about her sugar cravings:

“The most important thing was, that my sugar cravings were gone, my lupus symptoms improved, and my metabolism had sped up from getting rid of all the waste that had been sitting in my intestines for years. Yep, I have lupus, which will be hilariously dealt with in my next live tour,” she said.

As a lupus sufferer myself, I can readily identify with Bryan and Kelle and many other women whose lives have been radically altered by the disease. At the age of 14 I had to learn to walk again after a major flare up during the early stages of my diagnosis.

I have always been interested in writing and in the media and despite the many setbacks I have still been able to gain a BA in journalism and progress to the role of an editor, here at People with Voices.

Lupus does not have to be a barrier to success, because the determination to cope with it can be the very thing that drives you to pursue your dreams, no matter what.

The Afro Hair and Beauty Show promotes European standards of beauty
Call to ban homeopathic medicine is unwarranted
Raising awareness and understanding on organ donation will save African Caribbean and Asian lives in...