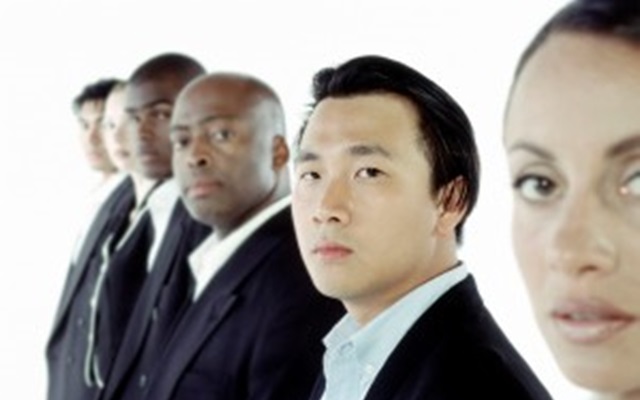 The Daily Express is keeping up with its reputation of almost lampooning migrants as a sport. The latest onslaught came this week after the Office for National Statistics (ONS) released some figures that showed a steady increase in unemployment.

The figures also reveal that people aged between 16 and 24 are especially affected by the current wave of unemployment. But so what if the ONS has numerically declared that two out of three new jobs are given to migrants – where are the local citizens, are they not competing for the same jobs?

There is an African saying that you cannot respond to a mosquito bite with a mallet. In this case newspapers are making a loud noise of nothing especially when numbers are known to be misleading on what negative experiences the migrants sometimes have to endure.

The experience in Northern Ireland is remarkably different. In 2009, the Northern Ireland Statistics and Research Agency, a government organisation, recorded that there were an estimated 23,500 new foreign workers that year.

Simultaneously, 21, 400 people left Northern Ireland that year which means that just over 2,000 actually stayed to compete for jobs in the local labour market. This particular empirical statement from the statistics people quite rightly dilutes the right-wing perceptions from some alarmist tabloids that foreigners are nothing but a burden to the economy and thieving local jobs.

It is a grand conspiracy that is often given prominence by ultra-rightwing tabloids seeking to appease their ideological sympathisers, mostly trying to evoke outrage in the community. This hysteria can easily find its way to Northern Ireland, a place that has been coming out of what was once called intractable conflict.

It is the last thing Northern Ireland needs – headlines that stigmatise the hard working migrant often described as a scrounger, a sponge and so on by usually a lazy copy-and- paste journalist.

At a comparative level, the Northern Ireland job market is not as straightforward as The Express or some of its reactionary readers want people to believe.  Let’s call a spade a spade and not a spoon trying to look like a spade.

The job market here as most immigrants say, is quite insular and anti-migrant. Many migrants in the larger cities and towns of Belfast, Derry and many other towns, feel that just like in mainland Britain, impressive qualifications sometimes do not matter.

They say however, that the difference between here and Britain is the meritocratic ‘test’. The conventional lamentation by a migrant in Northern Ireland is: it is not what you know but who you know. If you don’t know any of the influential gatekeepers, your hard earned CV will end up in the human resources recycle bin.

For those who have given their testimonies on this subject especially from the developing world, the “who-you-know” syndrome is akin to their home countries. They have argued that negative ethnicity or tribalism in some of their home countries makes it impossible for them to compete for jobs in provinces where they were not born. It is surprising to them that they can register a similar experience in Northern Ireland albeit of a different prejudiced model – racial discrimination.

A foreign worker who has since got a job, albeit low paid narrated how she was basically told by the prospective employer that her qualifications in retail work seemed attractive but the employer just wasn’t comfortable with the customer reactions if they saw her on the till.

This minute detail referred to her skin colour – black; as if that were a novelty in modern day post-conflict Northern Ireland. In some places and to a large extent, it is a great novelty; the black face, almost identical to seeing a black Pope or a black Queen of the UK.

If that were the case then the public sector, private enterprise and non-governmental entities would be pursuing equality of opportunity, and many migrants would not be complaining about their current plight in the job market.

There is an argument that the job market is full. Everyone is turning up with completed application forms; they are all vying for the one job. But in reality this is not the case. This myth is being used to propagate the divisive rhetoric that an additional wave of new migrants will unfairly affect the economic and social institutions that are meant to help the local citizens.

This flawed opinion of course discounts the fact that the more immigrants you have in your national demographic, the more job openings for various services that they will need, it is all about numbers. Even in the short-term period of job cuts there are some essential services that go with the job.

Therefore the job market is not only about descriptive scientific analyses about the numbers of immigrants taking new jobs as opposed to the number of citizens.  Every case must be understood as a unique experience to that individual who did or did not get the job.

Explaining correlations does not provide a complete understanding why a migrant group were preferable as new recruits at a meat factory somewhere in Northern Ireland.