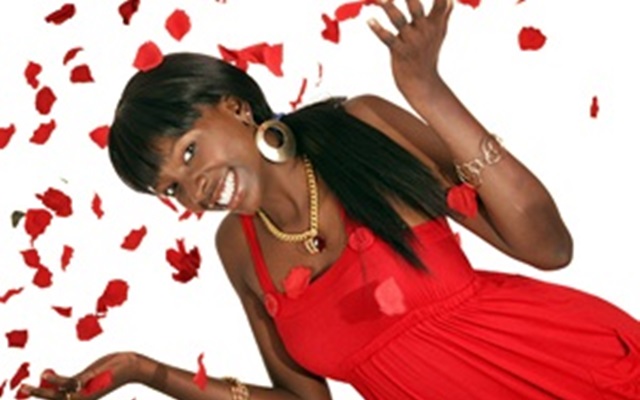 Valentine’s Day is more targeted at married women and those in relationships but single women still celebrate the day, our special survey has revealed.

We spoke to 15 women who were both single and in relationships, between the ages of 18 and 45 and found that women who are in a relationship or married expect the usual Valentine’s Day treats such as roses, chocolate, jewellery and champagne.

But single women will still celebrate newly found or existing freedom with friends.

Twenty-four year old Daniella Baynes, a nursery nurse from north-west London is one of those celebrating new-found freedom after leaving a two-year relationship. Speaking of what Valentine’s Day means to her, she told People with Voices:

“After my last relationship I felt a lot of hurt and pain and vowed to myself that I was just going to do for me for the New Year. I have started my child care training and I am working towards my future goals, which feels good and makes me happy.

"Being single on Valentine’s Day is still a celebration to me as I get to celebrate me. Sounds corny I know but it’s true. You have to love yourself before you can love others."

In our survey we asked women whether Valentine’s Day is more aimed at couples than single people. The majority (10) said that it was more focused towards couples.

Chantelle Udnowa age 26, who has been married for two years, told People with Voices:

“I was single for over a year before I met mike (her husband) and I would always feel lonely during this time of year, especially as Valentine’s Day has become such a big thing over the years with his and her gift set and romantic breaks.

“But now that I am married I can truly appreciate the day, even though I don't need Valentine’s Day to show my husband that I love him. But it is still nice to have someone on that special day."

Valentine’s Day, formerly known as Saint Valentine’s Day is an annual appreciation and commemoration celebrating love and affection between couples.  Over a thousand centuries ago February 14 was the day chosen to hold this celebration and tradition has continued until the present day. During the 19th Century, couples would dedicate their love for one another through handwritten messages.

However, this simple intimate gesture has now become an easy way for big corporations to make money. This is evident through items such as jewellery, chocolate, flowers and champagne, all aggressively marketed online and in every store and supermarket.

In our survey 95 per cent of women questioned said that Valentine’s Day has become very expensive.

May Campbell age 45 told People with Voices that being divorced after a 15 -year marriage has allowed her to finally enjoy the beauty of being single and was critical of how commercialised the day has become.

“The day has become so hyped up that it has taken away the true essence of what Valentines is about, telling your loved ones that you love them, especially if you’re like my husband and forget throughout the year. But now times have changed, and now everyone is running around trying to find the perfect expensive gift, it’s becoming like Christmas.

“ I am looking forward to just sharing the day with my children now that I am single and celebrating myself especially as I have achieved so much since leaving my husband. I now own my own beauty business so it’s a good time for me to celebrate my achievements.”