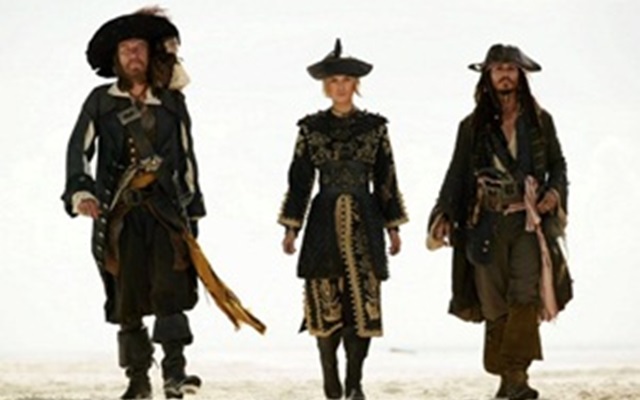 The curtain has fallen on Hollywood’s annual love-fest – the Oscars and we can all brace ourselves for a new year of films. Or that’s what we thought.

2011 mainstream cinema is going to see a record number of sequels, prequels and spin-offs of already existing film franchises. Some of the highly anticipated titles this year include Pirates of the Caribbean: On Stranger Tide, Transformers 3: Dark of The Moon, Twilight Saga: Breaking Dawn (part 1) and X-Men: First Class.

The total number is currently tallied at 27, which averages out at about two a month. This beats the previous record of 23 in 2003 and is way up on last year’s total of 19. Has Hollywood really run out of ideas or are they giving us what we want?

The easiest way for big studio executives to judge if a film is popular is by its box office receipts. When audiences like a film they do so with their feet. With that in mind, six of the top ten highest grossing films of 2010 worldwide were sequels or remakes.

If that’s the case then yes, Hollywood has run out of ideas right? Well no. They are just being clever. It’s hardly a secret that Hollywood is a business and it wants to make money and lots of it. What they are doing is supplying films that we think we want to see.

The studios are deliberately setting up franchises so if we like the first one we will want to see second, third or more films in a series. This is regardless of their quality (please don’t tell me somebody actually wanted to see Big Mommas: Like Father, Like Son!).

This is easy for them to do as the franchises will most likely be based upon a comic book, popular television show or best selling novel. This isn’t to say there are not notable exceptions. The number one film in that list was Toy Story 3 which forms a trilogy some believe is the greatest ever.

On the whole though, I believe that quality and originality is being overshadowed too much in the hunt for big profits. Hollywood is so desperate for profits it is even resorting to ‘reboots’. This is where they re-brand an established character either because one of the main actors has dropped out or a story has run its course.

A prime example of this would be the use in comic-book adaptations. It’s been five years since the release of Spider-man 3. However filming now with new actors, director and a different story is The Amazing Spider-man.

Before I put my head in my hands and scream, hope might just not be lost. There is one film from last year that I have not yet mentioned. This may be the film that shows studio bosses you don’t actually need to make a film about something that’s already popular, or appeal to the lowest common denominator.

It was a blockbuster which was conceptual, intelligent, had an original story, was not part of an established franchise and was not aimed at children. Making just shy of $825m (£504m) worldwide was Christopher Nolan’s Inception.

A complex story about Dom Cobb, a skilled thief who has perfected the art of corporate espionage via a process called ‘extraction’. This is to enter different levels of someone’s dream to steal private information from their subconscious.

The film completely stands out against everything else. It was even nominated for eight Oscars and won four of them. The success of this film shows that the audiences who watch blockbusters aren’t stupid.

Even though Inception proves you can make an original, smart blockbuster which lots of people want to see, there doesn’t seem to be an equivalent for 2011.

If the films you’re paying to see are not the 27 sequels or prequels on offer then there will be the first instilments in what aim to be the new big franchises. This summer we will see the next wave of comic-book adaptations in Captain America: The First Avenger, Thor and The Green Lantern.

The fact is there are more Inceptions waiting to be made, but financiers are simply sticking to the safe bets. I can only hope somebody dares to try another in 2012.

Max works for the British Film Institute and lives in London. He completed a Certificate of Higher Education in  journalism in 2010 at Birkbeck, University of London and hopes to combine working for a cultural institution with writing about London life, arts and culture.