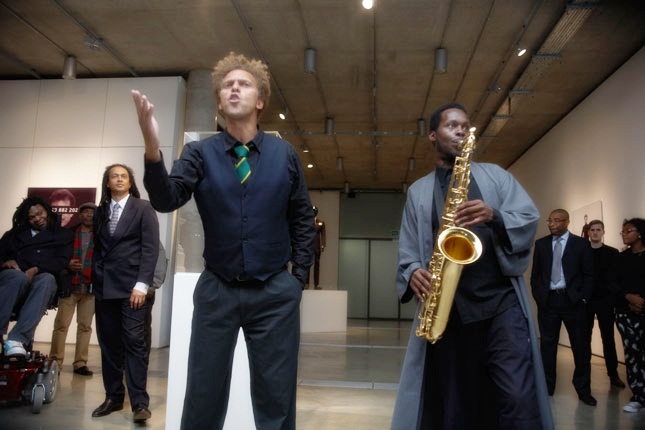 Yinka Shonibare MBE, creator of the famous Nelson’s Ship in Bottle that was displayed in Trafalgar Square, attended the private viewing of Happening To Be, an exhibition showcasing the work of accomplished black alumni of University of the Arts London, on October 17.

The distinguished artist, who was a Turner Prize nominee in 2004, is featured in the stunning exhibition and he delighted audience members whilst enjoying the night’s entertainment. Leading saxophonist and composer Steve Williamson was joined by lawyer and spoken word artist David Neita in a dazzling performance of music and poetry.

Guests at the private viewing included Dr Lorna Cork who recently received an MBE for services to education. Commenting on the exhibition she told People With Voices: “The exhibition is a timely reminder of the legacy of achievement within the artistic academy.”

Contemporary Sculptor Gary March, who created a sculpture for the Queen which is on display in St George’s Cathedral at Windsor Castle, was also in attendance. He was full of praise both for the exhibition, and the Shades of Noir movement, designed to address the degree attainment gap between black and minority ethnic and white home students.

“It was a great a night, it’s good to be in a room so full of distinguished black people,” Gary told People With Voices. Commenting on the potential influence of the exhibition on students and young people, he added: “It’s good for them to see what has happened, what is happening and what can happen. They are just beginning their journey.” 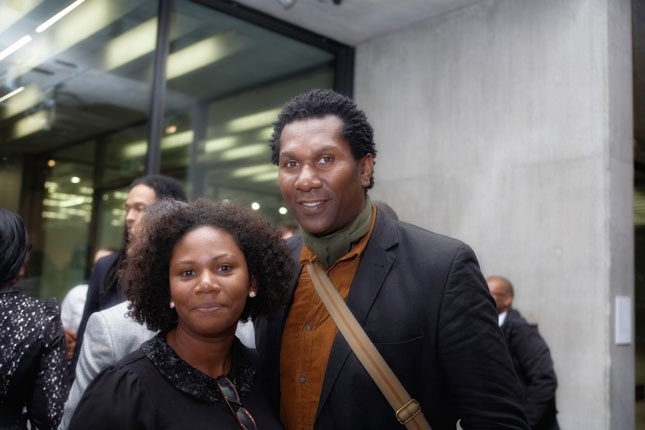 Happening To Be is part of a long-term project at University of the Arts London called Shades of Noir, founded by Lecturer and creative practitioner Aisha Richards in 2009 to improve outcomes for black and minority ethnic staff within arts higher education.

Were you at the private viewing? How would you sum up the event? Have you been to the exhibition? Please leave your feedback below.

Lack of black characters in children’s films under the spotlight
SupaKids to take to the stage at London’s Park Theatre
Album Review: Colour of the Trap by Miles Kane