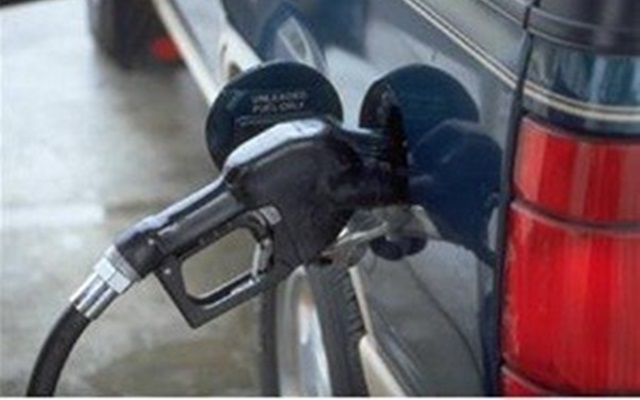 Christmas can be a time of joy and celebration or of shopping and stress. Either way, most people try and spend it with family and friends.

Millions are hitting the roads in a mad dash across the country, battling against the snow and ice. Meanwhile there is little Christmas cheer at the pumps, where a litre of petrol has shot up to over £1.20.

Back in 2000 there were mass demonstrations when prices hit 80p a litre. Lorries and tractors suffocated supplies, while panic-buying left forecourts dry.

Recently students have marched against tuition fees and tax protesters invaded Topshop – but there is no sign of the petrol blockades seen a decade ago.

Brendan McLoughlin, managing director of PetrolPrices.com, believes motorists are still angry, but most concede prices will continue to rise:

“If there wasn’t that resignation then people would probably be protesting at the moment.”

The AA’s head of road safety, Andrew Howard, agrees that things feel different this time: “In 2000 we were getting deluged by people complaining about the price.”

Now he says most people understand that although fuel tax remains high, it is not as bad as it once was:

“When your £1.10 litre becomes a £1.22 litre and only about tuppence of it is tax, it becomes harder to really decide who you’re protesting about.”

In fact fuel duty and VAT now make up around 65% of the price at the pumps. In 2000 they accounted for over 80%. Nevertheless there are plenty of other factors that have affected prices in recent years.

More demand is emerging from China and India and the cost of oil has fluctuated hugely. Market speculators have capitalised on instability across the world, with a weak pound instrumental too.

Disasters like Hurricane Katrina in New Orleans and the Gulf of Mexico oil spill have also had an affect.

“We’ve still got speculators knocking around making a nuisance of themselves” says Howard, “but a lot of the time it’s explained by the world economic system – not by mad Government.”

While this may help explain the reasons for high prices, it doesn’t soften the impact on businesses struggling with the cost. Paul Storey is a partner at Norwich Office Supplies, who have customers across East Anglia. He told People with Voices:

“Fuel costs are far too high when you consider the profit oil firms are making. In the current financial climate, firms are struggling enough as it is.”

Storey is worried about the effect on his customers: “We are having to look closely at the areas we deliver to and how often, which we hope doesn’t affect our level of service.”

His company also relies heavily on couriers for more remote deliveries, but they have increased fees too: “The bottom line is our profit is being eaten up.”

Rural areas are often worst affected, with prices inflated by supply problems and lack of competition. In Howard’s opinion though, it is not easy for local retailers to succeed:

“The trouble is you may want a filling station in your village but you don’t want to pay at it. So you go to Asda until you’re desperate.”

All three agree that the Government needs to act. One proposal McLoughlin likes is a local fuel tax that ensures people in rural areas get a discount on duty.

Another solution is a fuel price stabilizer, included in the Conservative election manifesto but yet to appear in the coalition’s proposals. It suggests that taxation should fall when world oil prices go up and rise when prices go down.

“We always thought what a wonderful idea, but we couldn’t see how to do it” admits Howard, “I suspect it’s one of those things that’s nicer when you’re in opposition!”

So what is the answer? Storey believes further protests are a “waste of time” and would only lead to a slowdown in the country’s fragile economy.

Three quarters of the AA’s customers say they are either cutting back on how much they drive or on other things in life. As Howard points out: “money spent on fuel is money not spent on stopping a recession.”

Struggling motorists do have other options though according to Howard: “Drivers need to remember that how they drive is incredibly important.”

Be sure to get the best deal on the forecourt as well. McLoughlin’s website encourages customers to shop around for the cheapest price, putting pressure on the more expensive garages to reduce theirs:

“You can’t really affect the economy. You’ve just got to make sure you get the cheapest of what is there.”

Meanwhile, Storey is considering more drastic solutions: “We may look into converting vehicles to run on LPG, but again this all costs money. Something that is not in abundance right now.”

The uncertainty over long-term oil resources makes development of alternative fuels vital, although a sustainable replacement is yet to be agreed.

Unfortunately it seems unlikely that petrol prices will be coming down with the Christmas decorations.

To be or not to be: homophobic
Mother’s Day Feature: In celebration of adoptive and foster mothers
Africa’s Third Liberation is underway