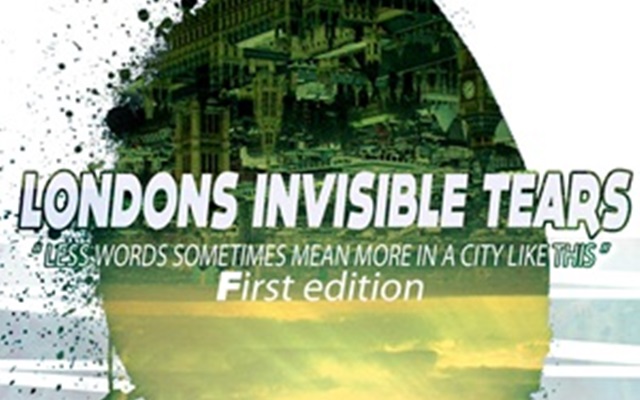 London Invisible Tears, is a collection of short poems and stories that the author, Abiodun Balogun describes as “entertaining, captivating and emotive.”

He told People with Voices that the anthology “encompasses everyday living in the city plus a few scenarios faced by Londoners behind what the media capture.

“The poems are all inspired by our very own capital, from stories of teenage murders to new born babies – it is an excellent read for all.”

Growing up in Deptford, Balogun based the book on his day to day living and personal experiences and told People with Voices he was “inspired through tragedies and injustice on the news, alongside young deaths.”

The University of West London student paid tribute to his English tutor at secondary school teacher who took an interest in his abilities and said he was one of the ‘the best pupils she taught in her 25 years of teaching.’”

When asked what advice he would offer to aspiring poets, he said: “We should organise our time effectively, keep a diary and plan every step. Don’t waste a day just continue to push and strive for success even if it seems as if nothing is happening”.

London Invisible can be purchased online at http://door9entertainment.co.uk/lit/