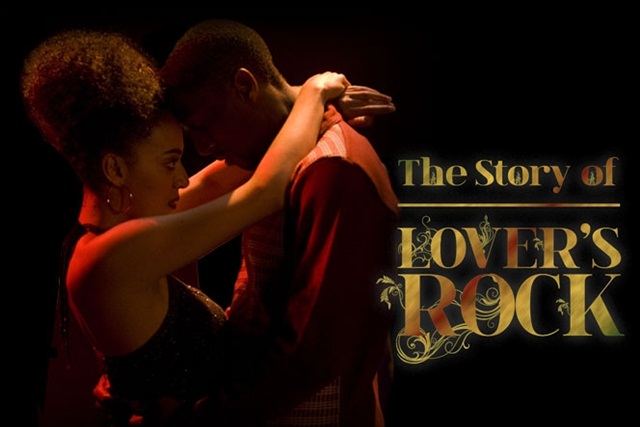 Given these realities, what can be done to support black films and encourage the accurate portrayal of people of African descent on the big screen?

The footage was lost in a basement for 30 years until Danny Glover discovered it. It has won awards all over the world and Black History Walks will be premiering it at grassroots venues from October 21.

It tells not just the musical, but the social history of an openly racist Britain and how the black community survived and thrived. The Story of Lovers Rock is released on September 30. Using these excellent documentaries as case studies, here are some suggestions as to how to support these and future films:

Be informed. Subscribe  to a service which will inform you in advance that  such  films are in production or coming out. For mainstream movies such pre-publicity is guaranteed via gossip magazines/newspapers/television news and celebrity interviews. Screen Nation has a Facebook page; Black History Walks has a monthly newsletter.

The Story of Lovers Rock is released on September 30: put the date in your diary/phone, tweet it, create an event in Facebook, put a note on the fridge, text all your friends with the web-link; tell your local radio station; put it on your staff notice board, better yet organise a staff group to watch the film. If you organise a group of ten you might get in free. Contact your best friends, make a night of it and include dinner/pub.

Transformers was advertised on television and the sides of buses. Films such as The Story of Lovers Rock do not have such luxuries but they do have the internet. Find the trailer on YouTube, copy and forward it to your entire mail list.

Tell everyone that this film is unique and was refused funding by the British establishment. Positive black films literally have to fight to be made and never get the same level of funding/exposure as their mainstream movies.

Once you know where it is being screened, telephone or go online and book straight away. This helps the film as the cinema organisers can assess that proven interest and arrange for extra screenings.

Tell the cinema staff/organiser that you really liked the film (if you did) and make a point of emailing the managers/organiser and praising them. As few as ten emails can mean extra screenings.

Be prepared to travel. Black films struggle to get venues and are not always centrally screened in purpose built cinemas. You might have to  go a bit further than usual but in the same way the elders say “you have to work twice as hard…”  you may have to do that bit extra to see accurate portrayals of black people.

Understand the history of the black image. It is not accidental that the images normally shown of black people are negative. In the 1500’s African people were shown in European art as noble, and dignified.

In the 1800’s, in order to justify slavery, these images were thrown out and replaced with demeaning stereotypes which still exist in movies, television shows and computer games. The effect of this bombardment of poverty, disease, criminals, gangsters, booty shaking, drug dealers, and prostitutes is devastating. People can get so used to it they think it is normal and reject alternative positive images and stories.

Widen your tastes: Menelik Shabbaz states that he was exposed to film propaganda but didn’t realise it was propaganda at the time because that is all he saw. The same could be happening to you, if your diet is Hollywood blockbusters. Investigate films and topics that you’re unaware of and that don’t initially appeal.

The BFI screened a French documentary called Les Avenue des Allieurs but had a poor turnout for what was a fantastic film about how the French after World War 2 invited qualified black people from the Caribbean to work in Paris to do low-skilled jobs and sent unqualified whites to have the best jobs in Martinique and Guadeloupe.

Under 25’s will have no clue what Lovers Rock is and may choose not to attend and therefore miss a fantastic piece of their history. Don’t buy pirate DVD’s. It rips off filmmakers and means less such films will be made. Be aware that like changing your diet, the above solutions may be uncomfortable but good for you.

The Story of Lovers Rock is taking Marcus Garvey’s words literally and “doing for self”. Mainstream distributors have consistently ignored the black communities’ cinematic needs, so Meneliks’ team have arranged shows all over the country.

Black Power Mixtape has a number of screenings outside of the West End arranged in collaboration with community groups and bolstered with question and answer sessions with black British Civil rights activists of the sixties and seventies. They will also arrange screenings in Birmingham, Manchester, Nottingham and other areas where there is interest.

You can practice the strategies with either film or at our monthly events. Spike Lee’s Miracle at Santa Anna  is showing on October 29, Esther Anderson’s Bob Marley: Legend  is showing on December 17 and African Superheroes, walks, talks and films on the African history of London take place throughout the year.

The Story of Lovers Rock