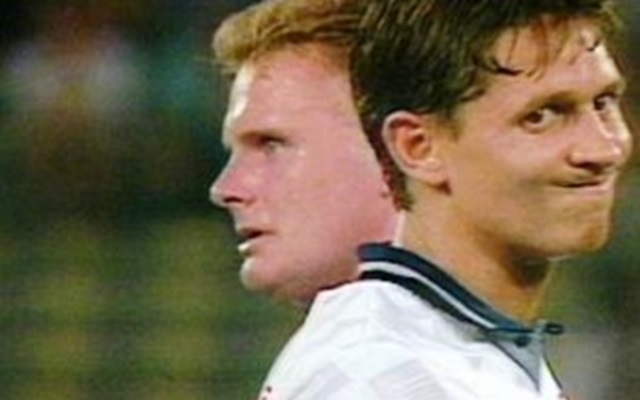 One night in Turin: Film Review

The walk to the penalty spot looks like it might never end. Chris Waddle reluctantly approaches with the air of a man resigned to his fate. He can’t look at the German keeper as he places the ball on the spot. One thing on his mind, a short run up and…well you know the rest.

For football fans, Italia 90 will forever be defined by Gazza’s tears, Lineker’s goals and those missed penalties. One Night in Turin promises to reveal the inside story of England’s most successful World Cup since 1966.

The tournament is played out against a backdrop of hooliganism, social unrest and political interference back home. England stumbled through qualifying, finally securing their place with a scoreless draw in Poland and expectations are low.

Consequently manager Bobby Robson and his team spend the build-up under siege from the press. Weeks later they emerge as heroes, their reputations restored by a series of dramatic performances.

Shot in documentary style, One Night in Turin merges official FIFA footage with behind-the-scenes action. The period is nicely captured by an excellent soundtrack, including the likes of the Stone Roses and Happy Mondays.

The story begins strongly, with scenes of rioting fans retaining their ability to shock 20 years on. Contrast this with coverage of England players sunbathing by the pool and relaxing on the golf course, sheltered from the outside world.

Anyone who watched events unfold at the time might feel disappointed that little more is added to the story. Unseen footage is used sparingly with few revealing moments.

Cut away scenes of players dribbling and nets bulging are injected to try and add tension, yet end up taking away from the drama being played out on the field. The kit and movements don’t come close to the real thing and you’re left frustrated when each real shot or tackle is interrupted.

There are fleeting moments of insight though, in particular the subtitling of Bobby Robson consoling Paul Gascoigne after the semi-final defeat. A young Gascoigne is in tears as Robson tells him: “You’ve got your life ahead of you. This is your first…”

Most believed the manager’s sentiment at the time; there will be other opportunities. Tragically for Gascoigne and his electric skills, Italia 90 turned out to be his one and only World Cup.

The most memorable scene comes in the aftermath of the shoot-out. A camera remains fixed to Waddle as he sinks to his knees, seemingly lost in a mixture of despair and relief that his ordeal is finally over.

German players swarm past him in celebration, caught up in their elation. Meanwhile their captain Lothar Matthaus takes time to walk over and console Waddle, showing genuine concern.

It reveals a remarkable act of sportsmanship, previously missed by fans close to joining Gazza in shedding tears of disappointment.

At One Night in Turin’s conclusion, narrator Gary Oldman suggests Germany might have had the best team, but England had the best story. It’s just a shame the film doesn’t manage to tell it in a more compelling way.