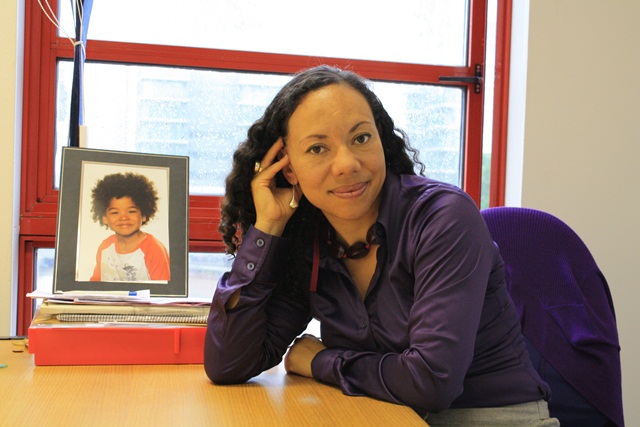 Young Londoners are ready for change and would consider having a female mayor for the first time, a new survey has revealed.

The Your Say poll, carried out by People with Voices shows that young Londoners are more accepting of the idea of Oona King being elected as the London Mayor, compared to the older generation.

The survey asked Londoners to choose between Boris Johnson, Ken Livingstone and Oona King as London Mayor and state who they would vote for and why.

Ten out of 15 questioned said that Oona King would be the best candidate out of all three. However, the remaining five said that Ken Livingstone should be re- elected because he has made the most difference of all three candidates.

Marketing assistant Dwayne Thompson aged 27 from Ealing Borough, was among those interviewed who said that Oona King should be given a chance as Mayor.

“Both Livingstone and Johnson have had their chance as mayor and have both proven to be unsuccessful.  Ken introduced congestion charges and Boris has raised train and bus fares too high, I disagree with both, so it’s time for them to go.”

If elected, Oona King has vowed to continue pushing for equal pay rights for women and aims to set up a commission that tackles teenage pregnancy, as well as lobbying the media to put a ban on sexually provocative advertisements.

King, who describes herself as a “breath of fresh air” for London, claims that she is a cut above the rest.

“I’m the best candidate to be mayor because I have a track record of delivering for women. We have to make London’s streets and transport safer for women, help pull women and their children out of poverty, improve jobs training, and get more women into jobs as representatives.”

Boris Johnson, the current London Mayor gained no votes from those who were polled in our survey. This was due to a lack of trust in his ability to change London for the better according to the respondents.

Maria Baines, a sales assistant aged 42 from Haringey, did not think that Ms King should be elected due to a lack of experience. She said that Ken Livingstone should be re- elected as he has made the most impact on developing London for the better.

“I would vote for Ken hands down. When he was the mayor I was better off and didn’t have to worry about expensive travel costs. I mean, since Boris has come I have had to pay an extra £40 in total on my travel a month and that’s not acceptable.”

During the eight year term that Ken Livingstone served in city hall, he received both criticism and praise in his role. Livingstone’s high and low moments will have a major impact on who will next be elected into City Hall, our poll results show.

The high moments of the former London Mayor’s career include his public apology on behalf of Britain for African Enslavement and the passing of homosexual civil partnership into UK law.

The low moments include the introduction of the congestion charge and Oyster cards, which have continued to cause controversy amongst many Londoners who complain of being tracked through the Oyster Card system.

Despite Livingstone’s low moments at City Hall, many London residents polled said that they would prefer to vote for the former mayor rather than the current one. None of those questioned said they would vote for Boris Johnson.

Brent borough resident Michelle Adams, a 21 year old student, told People with Voices that increasing fares and failing to follow through on promises made in the last election is what turned her against the current mayor.

“He said that he would reduce crime in London but yet crime continues to rise, and what about fares? I’m a student so I get a reduced discount on my travel but my older sister has to pay much more than she did a few years ago.”

However, Johnson is credited with contributing to changes in the capital that have gained praise amongst some London residents. These include a ban on drinking alcohol on public transport and requesting the resignation of Sir Ian Blair during the Jean Charles de Menezes investigation.

But Johnson and Livingstone both have baggage accrued during their time at city hall. Oona King has a clean slate, and according to our recent survey, might well become Mayor in 2012.

Who do you think should be the next London Mayor: Boris Johnson, Oona King or Ken Livingstone?

Why did you choose …?

Why? Excerpts of answers included in feature.

To tweet or not to tweet?
Government transparency: a welcome change or clever distraction?
Where is the alternative to AV?