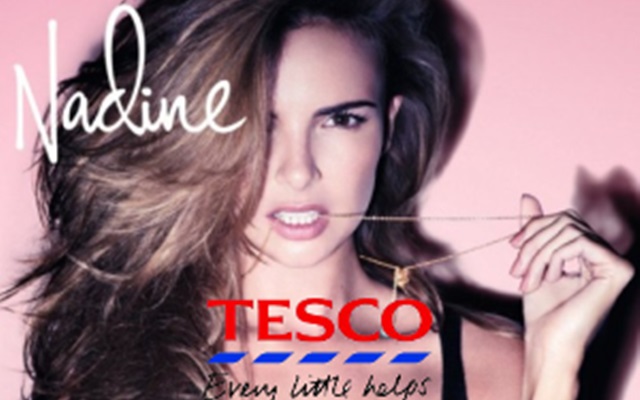 Supermarkets have made themselves increasingly popular with shoppers. Tesco sells everything from groceries and clothes to books and electrical goods, all under one roof. They will even insure your cat.

Of course, what some see as convenience others see as a monopoly. Love them or hate them though, you may soon have no choice but to shop there if you are a fan of certain music.

This year the likes of Faithless and Simply Red have signed up to sell new albums exclusively with the retailer.

Both are well established acts who have enjoyed plenty of chart success in the past. So why would they limit their CDs to supermarket shelves?

The answer is all in the numbers according to Tesco’s press manager Lucy Lowe: “The great benefit is gaining access to our huge customer base and to a whole range of promotional opportunities.”

Lowe says their programme of exclusives has generated sales of “around 180,000 CDs” over the last 12 months, with Faithless’s The Dance shifting 80,000.

Tesco are happy with the arrangement as they get to offer customers “something unique they cannot buy anywhere else.” Consequently more customers are visiting their stores and more money goes in the tills.

Everyone’s a winner then? Well not entirely. The decision by Faithless to sell exclusively through Tesco didn’t go down well with independent record shops. Some felt it showed a lack of loyalty from a group they had supported up the career ladder.

Spencer Hickman from Rough Trade has sympathy for smaller stores, but thinks the band have become irrelevant to his customers:

“To be honest, if Faithless are prepared to just stock their albums with Tesco exclusively then I wouldn’t want to stock them anyway. That to me is a desperate act of a band that is finished. They know it’s over.”

Perhaps it is inevitable that some acts who are no longer cutting-edge will want to secure a big payday. After all, the argument among fans about bands selling out for commercial success has raged for years.

Nevertheless, it is harder to see what appeal a credibility-free supermarket offers an artist trying to be more current?

“The deal is essentially that she makes the music and together we promote it to the 20 million customers we serve every week” says Lowe.

Cynics might suggest that Coyle’s decision was influenced by the pound signs, but closer inspection of the arrangement suggests it’s not that clear cut:

“To be able to create an album where you are in complete control of your own work is a once-in-a-lifetime opportunity for an artist,” Coyle announced in a statement on her website.

She shares the view held by most in the industry; that the music business is changing all the time: “I think we have learned that the traditional model for selling an album isn’t the only way of doing things.”

Supermarkets certainly sell a lot of albums. According to the British Recorded Music Industry, they now account for 23.6 per cent of money spent on music in the UK. Tesco have the largest slice of the pie with 10.2 per cent.

Meanwhile at Rough Trade, Hickman isn’t feeling any particular threat from those statistics:

“Nothing the supermarkets sell affects us at all. We don’t sell those kinds of pop records that they heavily discount so for me it’s not even an issue. I just don’t pay any attention to them.”

Independent stores have followed a similar exclusives route, but with bands like Blur and These New Puritans offering specially recorded material.

There is one crucial difference in this arrangement according to Hickman: “It’s more of an added bonus and it’s not sold at discount, it’s sold at full price.”

Indeed Tesco’s heavy discounting was in the news during October, as they fell out with a major record label when trying to re-negotiate a deal to stock its music.

Warner Music’s CEO Christian Tattersfield told Music Weekly at the time that the terms offered by Tesco “were not economically viable”.

The two sides have since called a truce, but the question of the supermarket’s dominance remains.

“The music market has suffered 10 straight years of decline. It is not as though this is a market without problems where we can all afford to sit on our hands” offers Lowe. “It is vital for the future that we try new things and get our customers excited about entertainment.”

Hickman agrees that innovation is vital. He also believes there is room in the market for both supermarkets and specialist music stores: “There are still plenty of independent shops and there certainly will be in the future as long as they can adapt and keep moving.”

“We’ve started a film night now where we do monthly film screenings for like 120 people; we’re going to start a comedy night next year. I mean you’ve just got to keep evolving.”