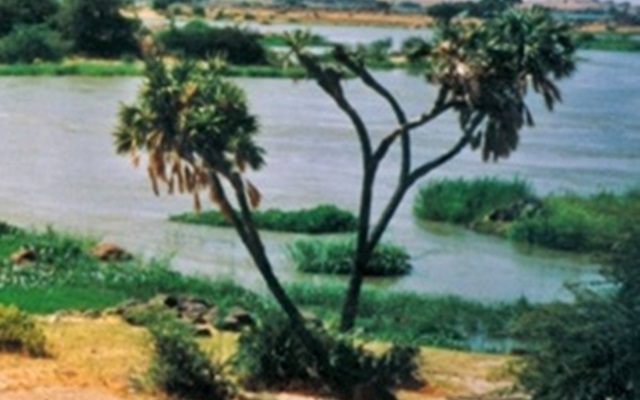 Should Africa Dump Agriculture for the Sake of Peace and Stability?

2011: UN Int’l Year for People of African Descent. A key component in addressing some of Africa’s recurring national problems is whether or not her governments want to focus on transformational economic growth and leadership.

President Yoweri Museveni of Uganda, who has always had a maverick approach to, many of the continent’s crises, made some interesting pronouncements that if properly followed could be an alternative panacea to Africa’s problems.

In 2008, he publicly challenged the post-election crisis coalition leaders of Kenya, Prime Minister Raila Odinga and President Mwai Kibaki to register transformational change. In his own words, he said:

“Africa tends to concentrate in personalities for the (sic) political constitution. Africa should do social transformation. Lack of transformation is affecting the whole of Africa. Can a country remain agricultural and be stable and solve the needs of an expanded population? My answer is no.”

He also lambasted the dominant development discourses that often imply that the catchphrase sustainability always used as a prescription by Donor countries, is the final remedy for Africa. Museveni always employs African metaphoric language, this time of pregnancy, by arguing that there needs to be an end result in it and not an endless usage of sustainable growth.

Museveni knows that his peace through diversified economic transformation discourse will not sit well with many people in Africa who of course rely on agriculture as their main source of livelihood and micro economic progress.

But the most daring part of this strand of thought is its implications on land policies in Africa. Land is universally sacrosanct in nearly all traditional African communities and therefore transforming the land agenda wholesale without a credible alternative to especially rural communities can be catastrophic.

If the State is the direct sponsor of such a solution in the hope that it will end conflicts and provides jobs and growth, the State has to be prepared for any unexpected results. But what is this solution?

The revamping of the service industry, investment by multinational call centres, Oil exploration and successful discoveries of this black gold like has been seen recently in the Lake Albert Region of Uganda or simply just value the superiority of the markets over traditional land?

Anyone analysing the Ugandan transformational thesis would be attracted to the Oil question. This is what the pro-Western Museveni was telling the two Kenyan politicians, that Uganda, being a landlocked country cannot and will not afford to cherry pick economic solutions but will do anything in its national interests to secure a route out for its oil to big international consumers, the US being one of them.

For the meantime the only way this can happen is a matter-of-fact solution of building an 850 mile oil pipeline from Western Uganda through Kampala to the seaside city of Mombasa in Kenya. This is the transformational economic change Museveni is speaking about which if taken literally means that the communities along this pipeline route will have to change their trades and rural lives from agrarian to something akin to an industrial revolution.

This policy idea and practical agenda in Africa’s independence from the outside world is also a suicidal thought if not well thought after. An international comparison can be observed from the near conflict experiences when former Russian President Vladimir Putin in the winter of 2006, turned off the natural gas supplies to neighbouring Ukraine because of the latter’s political realignment to the West.

In East African geopolitics changes are always predetermined through the veracity of ethnicity. It is so obviously the case to the extent that regional boundaries do not really matter, and the post-colonial tribe defines some of the transformational change speeches made by majority of African leaders.

In economic terms, transnational ethnic solidarity in the region certainly become important, fortunately so far, not yet showing signs of jingoism.

Also in the past, Uganda has been seriously affected by Kenyan crises. It is said that if Kenya sneezes, the whole East African region and Uganda in particular catches a cold. When railway lines that transport goods to Uganda were repeatedly uprooted during the post election violence of 2008 in Kenya, Museveni’s country suffered a serious cold.

Uganda pays up to 30 per cent of its sales in exports and imports expenditure to the railways and other Kenyan ports bound road networks. So, what about the oil pipeline, will it bring peace or war in the region? We will all have to wait and see about this transformational change devoid of land cultivation and replaced by mushrooming industrial urban centres.

Elly Omondi Odhiambio is our new Editor of the Northern Ireland region and is an accomplished international journalist.

2011 has been designated as the United Nations International Year for People of African Descent. People with Voices will be running an editorial campaign throughout the year to mark the occasion with three distinct themes: Past, Present and Future.

Past: will focus on African History and the contribution of African civilizations to the world. Present: will focus on positive things happening both on the continent and in the Diaspora as well as negative issues such as the persistence of racism, social, cultural, political and economic oppression and disadvantage. Future: will look ahead at what can be achieved and what needs to be achieved for Africa and its people, especially in relation to the UN mandate: