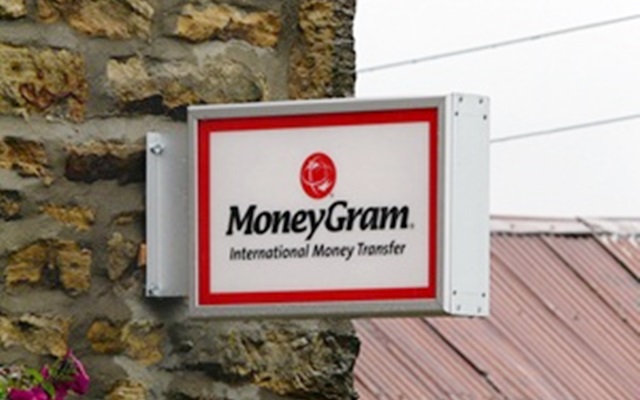 “Sometimes I cannot bear the pressure from back home to send money,” David Lee says. His story is typical

David Lee is a high street accountant in south London. He came from a poor region of Malaysia 30 years ago and has always sent money home to help relatives. But he is now hit with a double problem: The pound has fallen dramatically against the Malaysian Ringit and David’s income is being squeezed.

The recession hit small accountancy practices. David’s son is going to university so there are fees to find. His taxes are increasing, yet the pressure keeps coming from back home.

“My older brother had a stroke two years ago.” David continues: “He needs medicines and treatment but I cannot send any more money. His wife was crying down the phone to me yesterday but what can I do? I know they are desperate, I feel awful. Maybe I will wait until the Ringit comes up and then send some money.” He dreads answering late night phone calls.

Many people send money home (known as remittances) from the UK as David does. The World Bank estimated remittances sent through formal channels (banks and transfer agents) topped £220bn last year – exceeding the combined value of all overseas aid and investment from donor countries. This is vital income for poor nations, for example 12 per cent of Ghana’s GDP comes from migrants sending money home.

However the pound has fallen 30 per cent against the dollar and other currencies and the number of payments from the UK has dropped by a possible 20 per cent. So there has been a 50 per cent fall of this huge aid budget in two years. The cost of transferring money in small amounts can be prohibitive. So as the value of individual remittances shrink, the proportion of this aid creamed off by the Banks and high street transfer agencies grows.

A visit last week to a money transfer shop (a ‘Money Shop’) in Kingsland Road in Hackney confirmed the downturn. The ebullient Manager Remi is very worried. She said: “We have seen a 50 per cent drop in business since Christmas. They [the customers] are just sitting on their money. It is under their mattresses!”

The window is full of special offers for easy loans. The shop also advertised ‘individual services’ but Remi was reticent to talk about these.

Money Shops are user- friendly for remittance customers who do not have the confidence to use a bank or the internet, but can be very expensive. They proliferate in areas with high immigrant populations. The Kingsland Road shop is owned by a Nigerian and attracts African customers – a Kurdish family owns one a few doors away.

Big banks costs are no cheaper. The Royal Bank of Scotland (RBS) charges a £10 minimum fee and 1per cent commission to send money from the UK to a foreign bank and have uncompetitive exchange rates. Sending £100 with RBS incurs an 11 per cent charge. To send £5,000 via a specialist company can be commission free with a better exchange rate.

A Department for Overseas Development (DFID) study found some transfers of £100 incurred a £40 fee. But some companies charge a fraction of this. It pays for remittance senders to shop around using websites such as Money Supermarket

However, there are many people in the UK who can never use a bank: The estimated 600,000 people in the UK who have no immigration status; the illegals. A lot work and want to send money home. Mostly they are paid in cash and are frightened to get involved with officialdom. They have to use informal transfer methods.

One such method, a source revealed, works like this: A waiter in a Vietnamese Restaurant, who is a UK citizen, receives cash from an illegal worker. He uses his bank account to transfer the money to his brother in Hanoi, who then draws out the amount in cash and gives it to the intended recipient. Simple. The cost? 40 per cent usually, sometimes more. The waiter changes banks frequently.

He makes a lot more as an unofficial money agent than waiting on tables. When asked he denies doing anything illegal, he is “just helping friends” he says. It is sad to see people ripped off by members of their own community, but illegals are in no position to argue. Some Money Shops offer an ‘individual service’ that is similar and could be used by illegals.

For the poor in developing nations, the world’s banking crisis has meant a lot of hardship as remittances drop in value or dry up. A huge cut has been made the biggest source of aid. Donor families are hoping things will improve when and if the recession ends and currencies re-align themselves. In the meantime, efforts to help remittance customers shop around for economical ways to send money home are very welcome, but need publicising more, especially in minority communities.

As for the rip-offs illegal workers have to endure, that is a complex problem – but highlights just how vulnerable they are to all sorts of exploitation.

Stephen Vaudrey is a freelance journalist and social care work expert. He also has a background in research. He writes, and produces films on childcare and social issues and has a particular interest in children in the public care. With his scientific background Stephen also writes on environmental and science issues.