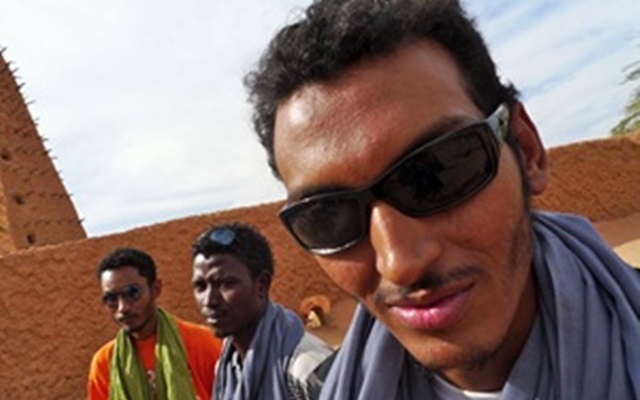 The London International Documentary Festival 2011 featured the première of Agadez: The Music and the Rebellion. Director Ron Wyman tells the story of the Touareg of the region of Agadez, northern Niger, focusing on the rise of local guitar-hero and newly internationally acclaimed artist, Omar Moctar “Bombino”.

Making documentaries about the Touareg has become en vogue over the past few years. After takes on other music acts such as Tinariwen or Toumast, Bombino and his hometown of Agadez follow. In this new production, Wyman draws a parallel between the evolution of the political crisis in the region and the young musician’s life.

Rebellion has been part of the Touareg collective conscience for centuries. They have resisted the Arabic invasion, the French colonisers and more recently their oppressive government, which explains why they’re sometimes known as “Imazaghen,” the free people.

Music has become an art of resistance for them. It has also been used to raise awareness about the situation within their community and around the world.

The documentary lays bare these two aspects of Touareg culture, while exposing Bombino’s tremendous skills throughout.

The artist’s background somewhat reflects the unfolding of political events. As a youngster, he had to flee the country to survive. He has since finally reunited with his hometown, as illustrated by an intense live performance amid a frenzied Agadez crowd.

It is symbolic of the change of circumstances in the recent period. Musicians were once conveyors of violence but most talk about peace now and emphasise the importance of a democratic process.

If the documentary offers a great way to learn about the social malaise, it also sometimes falls close to the stereotype in the portrayal of the Touareg, as it hardly skims over the complexity of the factors involved in the political situation.

I would have liked to see a more personal approach and to learn more about the main protagonists. For those who have been regular followers of the Touareg scene, some moments will appear to be reminiscent of previously heard stories.

Agadez: The Music and the Rebellion remains an excellent, beautifully orchestrated piece. It will please not only music lovers but anyone interested in the paradoxes of our modern world.