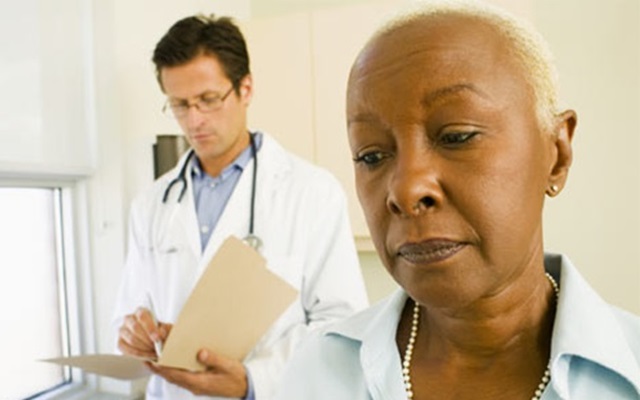 One in four ethnic minority cancer patients say hospital doctors speak in front of them as if they were not there, according to new analysis by Macmillan Cancer Support. This compares to only one in six of white British cancer patients who were asked the same question.

The analysis of the National Cancer Patient Experience Survey revealed that ethnic minority cancer patients were twice as likely to feel that doctors and nurses were deliberately keeping information from them compared to white British cancer patients .

High-quality cancer patient experience is vital to cancer patients before, during and after gruelling cancer treatment. This includes being treated with respect and compassion by health professionals, being given the right treatment and drugs as well as the right information to help them manage their condition.Unfortunately, Macmillan’s existing research also shows that cancer patients from ethnic minority groups experience challenges and poor treatment throughout their cancer journey. They have reported instances of being treated without dignity and respect, of poor, ineffective communication, lack of compassion and disregard for emotional distressYvonne Welch is British Caribbean and lives in London. She was diagnosed with lung cancer in 2007, she says:

“Nobody explicitly confirmed to me that I had lung cancer until after I was operated on, when a tumour and part of my lung were removed. No-one seemed to want to say the word cancer to me.

“Then when I had a course of aggressive chemotherapy, it was not properly explained to me that the purpose was to prolong life by 12 months. It was only afterwards that doctors spoke openly about what the aim was.”

Commenting on the findings, Jagtar Dhanda, Head of Inclusion at Macmillan Cancer Support, says:“No one should be left feeling ‘invisible’ by health professionals, but it is absolutely shocking that there are such disparities between the patient experience of ethnic minority and white British cancer patients.“Discrimination and exclusion can take many forms including basing the needs of a patient purely on preconceived ideas about their skin colour or ethnicity. A cancer diagnosis can be devastating – no matter who you are. Every patient must be treated with the same level of dignity and respect by their health professionals.”

They advise any patients experiencing any of these issues to use these five top tips to receive the best care and support possible:

No one should face cancer alone. Macmillan cancer support groups offer patients an opportunity to talk to people who understand what they are going through. For more information visit www.macmillan.org.uk/supportgroups or call 0808 808 00 00.