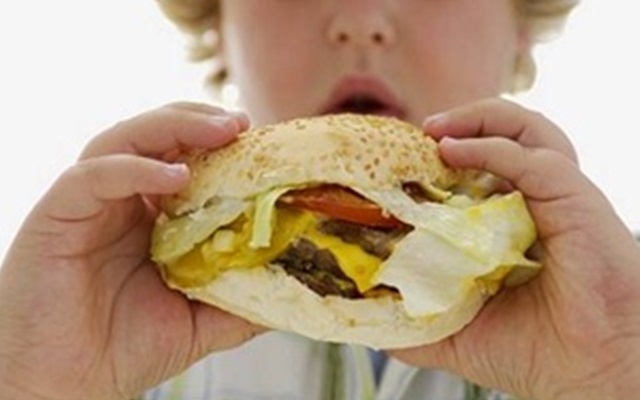 Are we fighting a losing battle against obesity?

The writing is on the wall. We are a nation who is getting fatter. Our children are getting fatter, and globally obesity has become a worldwide epidemic.

The Social Trends Report 2010 compiled by the Office for National Statistics and released last week, reveals that in 2008 almost a quarter of the adult population in England was classed as obese.  In 1994 the figure was 15.7 per cent.

But when figures are combined the picture is even grimmer. Less than half the population (38.6 per cent) are underweight or of normal weight; whilst 63.4 per cent of the population in England are overweight, obese or morbidly obese.

The sins of the father become the sins of the children and so is the case with obesity. The Social Trends Report 2010 also reveals that children’s waistlines are ever-increasing. In England in 1996 the proportion of children under 16 classed as obese was 25 per cent. By 2008 this figure had risen to 30 per cent.

A lack of exercise is often cited as a reason for weight gain. However, according to The Health Profile of England 2009 covering the years 2007-8 and published in March of this year; 10.6 per cent of adults are physically active and whilst this figure may seem low, it has actually increased over the last five years.

The number of physically active children in England has risen to 90 per cent for the period 2007-8 from 62 per cent five years ago. This is largely due to more children participating in PE and school sport. So despite taking more exercise obesity levels are still rising.

The problem appears to be not so much a lack of exercise but of a poor diet. For example, whilst the proportion of adults consuming five or more portions of fruit and vegetables a day rose year on year from 2001 to 2007, the figure decreased in 2008. According The Health Profile of England 2009, only 26 per cent of adults are classed as “healthy eating.”

And whilst on a national level the obesity rates are alarming, on a regional level, figures from the World Health Organisation (WHO) on the prevalence of obesity show that the United Kingdom has the highest levels of obesity in Europe.

But the problem goes further than that. The WHO warns: “Obesity has reached epidemic proportions globally, with more than 1 billion adults overweight – at least 300 million of them clinically obese – and is a major contributor to the global burden of chronic disease and disability.”

The WHO also blames poor eating for the rising levels of obesity, pointing to “Increased consumption of more energy-dense, nutrient-poor foods with high levels of sugar and saturated fats…”

And it seems that as economic prosperity increases in developing countries, so do obesity levels. The WHO explains: “As incomes rise and populations become more urban, diets high in complex carbohydrates give way to more varied diets with a higher proportion of fats, saturated fats and sugars.”

The problem is compounded by the fact that globally working patterns show that the jobs we do have become less physically demanding whilst more technology in the home means we are less active when we are not working. So what can be done to save us from ourselves and to prevent us from eating ourselves to an early grave?

The WHO recommends that countries adopt policies that promote low-fat, high-fibre foods; daily physical exercise of at least 30 minutes, greater consumption of fruit and vegetables and a move away from animal saturated fats to unsaturated, vegetable oil-based fats.

But isn’t that what the last government tried to do with a plethora of leaflets and television advertisements but this has failed to have any significant impact on the problem. So are we fighting a losing battle against obesity and if that is the case, how can we reverse the trend and win the war?

What about shifting the focus from consumers to the all powerful, multi-billion pound food industry? Earlier this year, scientists at the Scripps Research Institute in Florida published the results of a study that reveals junk food  – high in calories and fat – contains addictive properties as strong as cocaine, that can lead to compulsive eating.

Yet we are surrounded by fast food joints on every corner of our towns and cities selling unhealthy food very cheaply – a portion of Kentucky-style chicken and chips laden with saturated animal fats can be had as cheaply as £2.00.

I live in a area of South London that must have the highest number of fast food stores and restaurants in the whole of the capital. It is impossible to pop to the local supermarket and back or to the bank or chemist without the smell of junk food wafting through the air.

And according to a new study by researchers at the University of Buffalo this can undermine a healthy lifestyle. The study examined the link between the food environment, the built environment and a woman’s BMI.

Their findings reveal that the greater number of restaurants within a five minute walk of a woman’s home, the higher the BMI, whilst those who lived closer to a supermarket had lower BMIs.

Last Thursday Denmark increased taxes on ice cream, sweets, chocolate and soft drinks by 25 per cent and plans to introduce a tax on fat later in the year in a bid to make junk food more expensive.

Earlier this year the Food Standards Agency revealed plans to consult on whether “fat taxes” might encourage people to eat more healthily. (Food is currently exempt from VAT). According to US study published in March of this year, the answer is yes.

The Coronary Artery Risk Developments in Young Adults (CARDIA)study carried out over a 20-year period says that imposing a tax on junk food can improve the health of the nation and that the price of soft drinks and pizza affects their level of consumptionand therefore has an impact on health outcomes.

So it does seem possible to win the war against obesity – but first we need to win the battle against the food industry.