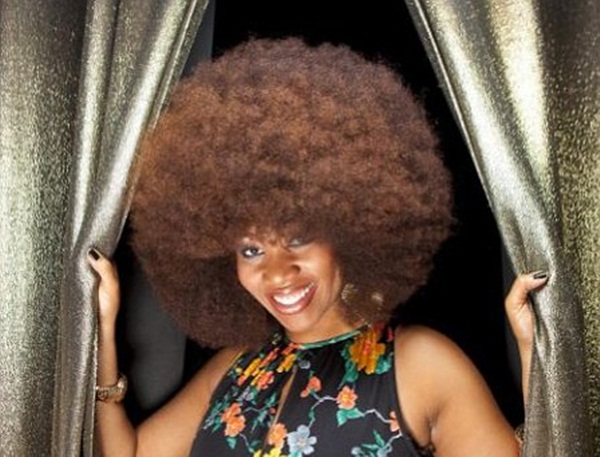 Afro hair: what is the big deal?

Big hair don’t care – or do we? In the UK it seems that the site of afro hair can still be seen as somewhat of a spectacle. This week I’ve seen various responses to afro hair when it’s worn out and big, but what’s been most noticeable on all occasions is the awareness of “difference”.

Afro hair does look different to European hair, so its unsurprising, and in many cases good, that people acknowledge that difference. However, while some responses have been somewhere between positive and curious, others have been straight up rude. I have to say I found the comments in the Daily Mirror, regarding Solange’s hair, to be rude (as well as dumb):

“PREGNANT Beyonce’s belly is growing by the day – and so, it seems, is her sister Solange’s afro. That baby is in for a shock when it claps eyes on Auntie.” 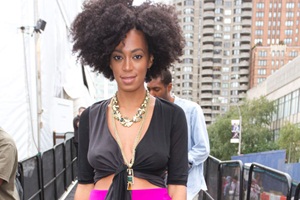 Ermm…what sort of foolishness? Afro hair is thick and voluminous – I don’t see why Solange’s hair in it’s natural state should be deemed “shocking”. Maybe the journalist didn’t realise that Beyonce’s baby is likely to have the same hair type i.e afro.

Soon afterwards Solange was spotted at a Rimmel Make-Up event, with some extra huge hair extensions. Now if you ask me, all that fake hairpiece drama, that’s shocking! Don’t get me wrong, I like the drama (I love a bit of razzle-dazzle), I think it looks good, but let’s get our perspectives right UK journos. The hair extensions are intended to be spectacular and turn heads, but her natural hair is just that – natural, so lets not treat it as if it were some kind of abnormality.

Later that same day I was watching Eastenders on BBC1 one where the arrival of a new character is always bound to ruffle-feathers. Enter actress Modupe Adeyeye playing Faith Olubunmi (younger sister of Merci). I’m pretty sure her hair’ is a weave but I love it. Its big and curly and probably the closest thing to afro hair we’re going see on the Square for a while. 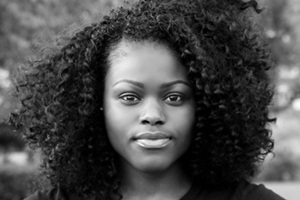 I sat watching her first scenes just waiting to see if the hair would go without comment. Sure enough, just before exiting the cafe Lauren Branning makes a point of telling Faith to “leave and take all that hair with you.”

I had to laugh. I don’t think it’s something to go writing a complaint to the BBC about – I only mention it because sometimes I wonder about the ripple effects of the little comments such as these when they appear in the mainstream media.

The very next day I was amazed at how much of the media in the UK had pictures or interviews with Aevin Dugas who is now theGuiness World Record Holder for having the World’s Largest Afro. Congratulations to Aevin for her title and her amazingly beautiful hair!

Apparently the worlds smallest man can fit inside her ‘fro. Aevin must have been very busy on Wednesday once the news broke as she seems to have had quite a few interviews. My particular favourite was her interview with the BBC. It’s amazing to see just how genuinely excited the presenter is about Aevin’s hair. But the highlight for me was the inevitable “can I touch it?” moment from the presenter. Priceless. 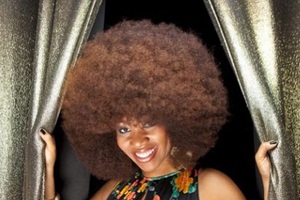 I found the run of events regarding the ‘fro particularly interesting, especially in light of Kelis’s statements about racism in the UK being “disgusting” after she was the subject of horrific racial abuse at Heathrow Airport. She made a point about racism’s unchallenged presence in the UK, which on some levels I have to agree with.

Although it’s unlikely that you or I would have stayed silent while someone referred to someone else as a “slave”, I do think that a lot of racism gets swept under the carpet as many of us are reluctant to make a “big deal” about certain things.

So is it worth thinking anymore about the UK mainstream media and their attitude towards the afro? Is it possible that little has changed and the black female body from the hair to the backside is as much a spectacle now as it was in the days of Saartje Baartman, Black Hottentot Venus?

The comparison may seem far fetched but I believe the reason the afro has attracted so much commentary this week is because it’s different. In some cases that difference is accepted and appreciated, but at other times it’s treated as an abnornmality.

Acknowledging difference isn’t a bad thing, in fact I believe differences are often a reason for celebration and just because afro textured hair is different from European hair that doesn’t make it bad or any less beautiful.

The episode of Eastenders mentioned in this article is available to watch on iplayer until Tues Sep 20 via this link: Eastenders on BBC iPlayer*

3 Comments On “Afro hair: what is the big deal?”