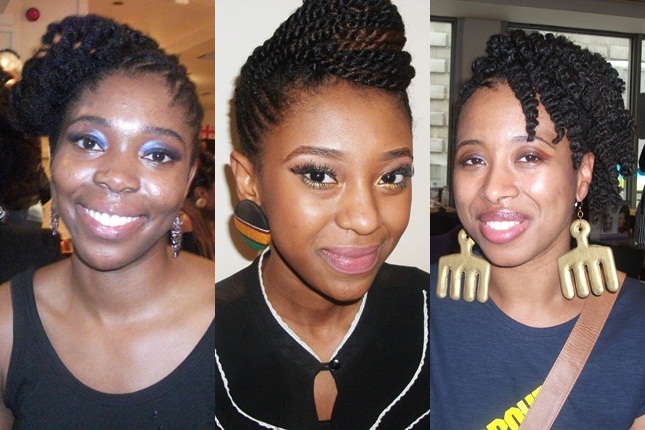 Anyone who has ever visited the natural hair channel on YouTube will be acutely aware that it is dominated by African American women. Afro textured hair is firmly on the mainstream media map in the US with the likes of CNN, The Huffington Post and the New York Times amongst others all running stories on black women’s hair.

In August of this year The Huffington Post Black Voices ran a feature called YouTube’s Top 5 Natural Hair Care Vloggers. Needless to say they were all home-grown naturals from the US with not a single UK natural in site.

But on this side of the Atlantic there is also a vibrant and expanding community of black women who are joining their American cousins both in embracing their natural hair and in sharing their experiences and expertise on YouTube.

I caught up with three UK natural vloggers recently at the ‘Naturally Fabulous’ event in London organised by The Natural Lounge and Naptural Roots magazine. They are ‘ones to watch.’ 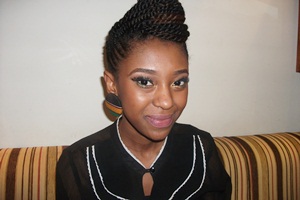 At the tender age of 22, Laila Jean, who has only been vlogging for a year has already attracted over 10,000 followers, which is considerably more than the 15 she started out with last September.

Laila began vlogging a year ago, like most naturals because she wanted to document and share her natural hair journey with the world, and noticed that there weren’t many UK naturals on YouTube.

She focuses on tutorials and hair updates and has also branched out into blogging, authoring the blog A Nubian’s Thoughts, with a friend. She gets lots of positive feedback from her YouTube Vloggers who are from both sides of the Atlantic:

“When I first started vlogging it was mostly Americans but now I have quite a few UK people following me as well.” 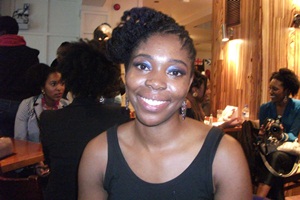 Like Laila, Stacey is motivated by a desire to capture her natural hair journey on camera and share it. But although she has only ventured into YouTube within the last two years, she has been natural for more than 15 years.

Stacey has also received heaps of positive feedback from her followers but senses a shift coming that takes a more holistic approach. She told People with Voices:

“Everyone is concentrating on their hair, but there is so much more to us than our hair. I imagine that in the future it will be about food, eating healthy and taking care of yourself.”

For Stacey, the priorities are “not only knowing how to take care of my hair but about eating healthy, exercising, and being confident in myself.” 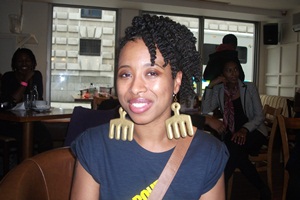 Be Unique lives up to its name – it’s a blog, website, shop and YouTube channel all accessible from one URL.

Its founder, Belinda Raji has been natural for more than two and a half years and during that time has twice had the big chop. She told People with Voices:

“In March 2009 I shaved it off and when I had a little bit of growth I coloured it and I wasn’t too sure how to look after it. I tried a ‘natural’ relaxer which wasn’t that good and my hair got dry so I cut it off again in August 2009, and then it’s been growing ever since.”

Belinda admits that her channel is really about her and she doesn’t just focus on hair tutorials:

“If I think I’ve found a good hairstyle then I’ll do it but my channel is just about me really and if someone wants to follow my journey then they can follow it.”

Be Unique is also a business in which Belinda creates and sells hair care products on her website. She has been partly influenced by her mother who takes a holistic approach to alternative medicine. She explained:

“I felt that a lot of stuff sold on the shelves includes ingredients that are not beneficial for our hair. My mum’s quite a holistic person and she was always looking for alternative medicines so I thought there must be natural alternatives to the ingredients in hair care and that’s when I started experimenting.”

Lupus forced me to become a natural black woman
Organic pretenders: hair care products that are not from Mother Nature
Ecostyler Gel with Olive Oil review