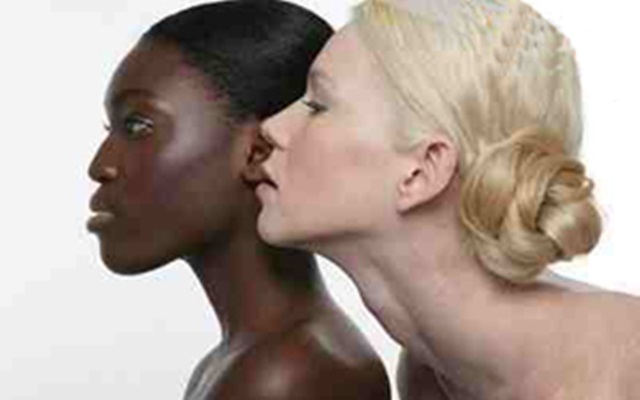 Whiteness is an important subject, a process that is rarely mentioned or considered, despite its significance in critical race theory. In short, without whiteness there would be no white supremacy, nor the racism upon which it feeds. This book does exactly what the cover says – it simplifies a complex issue.

But the best thing about this book is the way in which it blends all of Dr Henry’s many talents – as a sharp academic and scholar activist, dancehall deejay, lyricist, cultural historian, social anthropologist, broadcaster and orator, making this book rare and unique.

It is not your run-of-the-mill, outsider view of a process which has a major impact on Africans as well as other non-white groups, but it is littered with accounts of Dr Henry’s own experience of whiteness and the racism of which it is symptomatic.  Unlike other books that deal with the issue of racism, it does not stop short of dealing with the truth, no matter whose sensitivities may be rattled.

This direct approach is to be commended, for it is clear that Dr Henry intends not to shock or offend, but to educate people about the intricate and sometimes obscure ways that whiteness functions in British society. Unless people are informed about the processes that cause institutionalized racism, then there is not a cat in hell’s chance of tackling a major cause of the systematic inequalities that impact people of African descent in every facet of their lives.

As Dr Henry states at the very beginning of the book: “This book is for you if you…wish to consider the role that culture, in this sense patterns of behaviour created by humans, plays in the way we perceive self and other in a racist, white dominated world.” By the same token, Dr Henry offers words of caution: “This book is not for you if you believe in ideas of natural superiority or inferiority based on: the observable external (phenotypic) differences between the various members of the human family who are categorised as belonging to specific races.”

But do not believe for a moment that this book is dark, or depressing – quite the opposite. It is instructive, explaining in clear and articulate terms, always with experiential examples, the various ways in which whiteness privileges people racialized as white and places people of African descent and non-Europeans at a social, economic and political disadvantage. Dr Henry is a rigorous academic and this topic has been well researched and is examined in a lively and personal manner.

Throughout this book his personality shines through, with anecdotes sprinkled here and there often providing a source of amusement. Dr Henry artfully weaves into the book his skill as a dancehall deejay with frequent lapses into patois, giving it a cultural integrity and realism that is lacking in most every other book that has been written on this topic.

In the 21st century it is time to radically challenge the status quo and the only way to effectively challenge racism is to expose its source – which is whiteness. Nuff respect Dr Henry!

BUY THIS ON AMAZON!

Book Review: What's love got to do with it? By Ifayomi Grant
A childhood love of fairy tales fuelled interest in creative writing
Changing Lives: Women, inclusion and the PhD