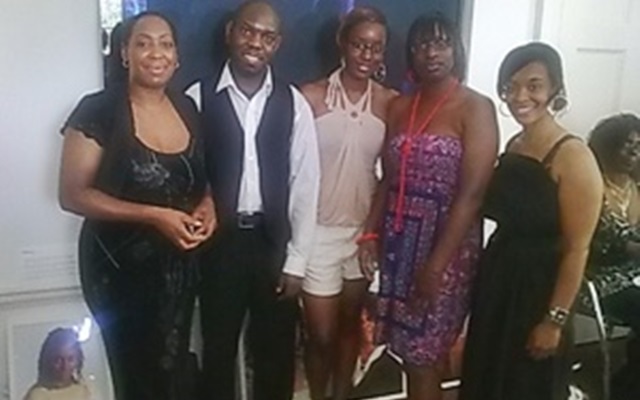 Lewisham’s Lee High Road is smothered in sunshine, its collection of shops and takeaways illuminated by the rare pleasure of a warm summer’s afternoon.

Apart from the weather it could be any day on any street in the capital; buses ferrying shoppers and workers while cyclists weave between determined joggers.

Just one street away however, something grander is happening, something hugely important.

The Manor House Library is a stunning Georgian mansion surrounded by sumptuous gardens. The building was owned by Francis Baring in the 17th century, who went on to found Barings Bank from profits garnered from the slave trade.

On Saturday July 3 it was the venue for a VIP reception and photo-shoot with photographer Ayo Banton to celebrate black achievement in modern Britain.

The Black 100+ Achievers Exhibition was founded in 2007 by Lorna Stewart,  former Chair of Black History at University of the Arts London.

The latest nominees were gathered in Lewisham to have their photos taken for this year’s exhibition to be staged during October.

Stewart was inspired to set up the project by a dinner party question: could she name 10 modern black British achievers?

Along with her dinner guests, Stewart initially struggled to answer and was surprised that it proved such a difficult question. She decided there and then to do something about it.

The exhibition aims to educate the black community and wider society about  black achievement  and give recognition to inspirational individuals. It strives to challenge stereotypical views about black people and leave a legacy for future generations.

Elick Harding is proof of the benefit of a positive black role model. He runs an initiative called mind2matter, which specialises in working with disadvantaged young people.

“Lots of things inspired me but mainly my grandmother. She raised me up, my brother, my cousins, my mum, her brothers and sisters. She made an impact on a lot of people’s lives.”

Long before he did it for a living, Harding’s efforts started out as a natural extension of his upbringing surrounded by children.

“A lot of the work we did before 2005 was voluntary. We were just going out on our Saturdays in the middle of Hackney just talking to young people.”

Since then Harding has turned his passion into a successful business, delivering social development programmes and workshops to schools and colleges across London.

For many of the 70 or so nominees present, there is a sense that actions speak louder than words.

“It’s amazing how many people talk about certain things but it just takes one person to do it,” says Barbara Campbell.

She produces the black history magazine Black Heritage Today and is a former editor of The Journal Newspaper.

Campbell was inspired to start Live Listings, a magazine for multicultural arts events, after she tried to teach her young son about culture:

“I wanted to take him somewhere where he could see an image of himself on stage and I couldn’t find anything.”

After contacting Timeout, who told her they didn’t have enough space for all the events that were out there, she saw an opportunity.

Another trait the achievers in the room share is humility. None have courted recognition; they have all been nominated by members of the public.

In fact, many seemed surprised that they had been chosen at all with ‘I’m just doing what I do’ a common response.

There is real diversity on show too. From Erinma Bell MBE, the Manchester community activist helping to steer children away from gangs and gun crime, to Adrian Carter, the award winning South London chef who recovered from a road traffic accident that left him in a wheelchair to run a successful catering business.

The scope of Black 100+ runs wide, covering music, business, radio, publishing and finance among other fields. Anita Thorpe, nominated for Inspiration in retail for her Brixton based Diverse Gifts and Gallery, thinks more people should know about it.

“You know, it’s not about separation or segregation but when achievements are recognised then you have to blow your own trumpet.”

Campbell agrees with the need to celebrate:

“I don’t think anyone should be in a position where they can’t name ten black achievers. You know, there’s so many of us.”

What Stewart and her team have managed to do is identify the importance of recognising and celebrating achievement. The fact that there are too many uplifting stories to consider fitting into one article is testament to her success.

The best way to get inspired is to get involved – learn more about the project at www.black100plus.co.uk or visit the exhibition from October onwards.

The Black 100+ team has even offered to bring the exhibition to your community or business, wherever it may be.

“We’re not choosy, the more people who see it the better.” 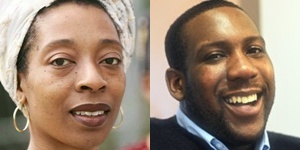 Review of Ruined, at the Almeida Theatre
Film Review: Is Attack the Block an attack on blacks?
Film Review: Journey to Mecca: In the Footsteps of Ibn Battuta