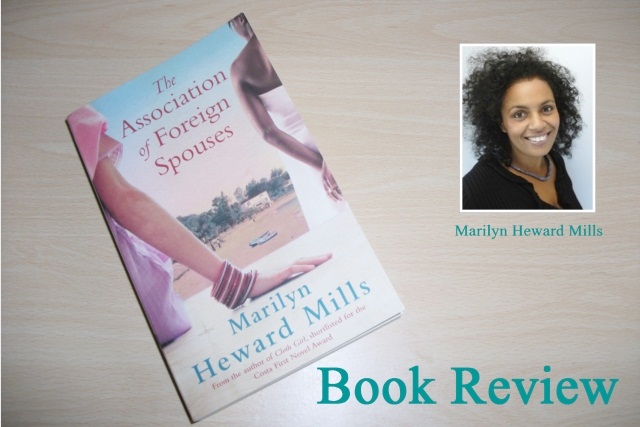 Ghana provides a vivid, if sometimes chaotic setting for this second novel by Marilyn Heward Mills.

The main characters are four women who are transplanted from Europe. Three are married and two are raising children. The fourth has children, but is not married and fights an ongoing battle with the children’s father, who is lax in his attitude to parenthood.

The women view themselves as living in an alien society and to some extent, and based on their different lifestyles they are outcasts and so form a bond of friendship. They support and cheer each other on during difficult times and are more like family than friends.

Among their challenges are episodes of infidelity and spousal abuse; all this, while coping with the dangers that come with social upheaval. Each woman’s experience is touching and relatable; I suspect many of us have had similar experiences. I laughed and cried over the situations that blindsided them, but at time was not able to suspend my disbelief.

Eva has a seemingly perfect marriage, children and an interfering mother-in-law who descends unannounced and takes charge of her home.  However, I believe it is the way that Eva views the locals that makes me somewhat unsympathetic to her.

Throughout the novel, Ghanaians are portrayed as dishonest and I got impatient with Eva when problems developed between herself and her husband. I understand having one’s trust betrayed and was sorry for her, but her husband was made out to be such a good man that I couldn’t hate him for what he had done.

Eva thinks: “Did lying come easily here? Her parents had instilled the need for honesty into her. No one she had known growing up thought it was right to steal things big or small, to tell lies, black or white, but living here, amongst these people, including her lying, cheating husband, who so easily massaged facts and reality into various shapes that suited them, had rubbed away her trustfulness. “

The diatribe against Ghanaian people goes on for another eleven lines before Eva confronts her husband. The male figures in the story seem either good or bad, so when Eva’s husband falls from grace, I couldn’t fathom how their problems might end.

Vincent, another character, has no redeeming qualities. He is abusive, cruel and dishonest -someone you love to hate. His wife is a perfect doormat and though she thinks he has turned into a monster, there is nothing from her perspective to indicate that he was ever a better person.

The author describes life in Ghana so well that I feel I have lived through the dry season, walked through the streets and seen the empty shelves in stores: “the dirt and the cloying stench of clogged drains,” and heard the irritating mosquitoes, the rain coming down in sheets and tasted the variety of food.

The government is ousted and the country taken over several times, hapless citizens have run-ins with soldiers hopped up on power. The reader gets a good sense of what a military takeover is like and the scare tactics that are used to keep the common people in line.

The rich are stereotyped as plunderers and in some instances, are dragged away and shot after accusations of profiteering and treason. Instead of being simply terrifying, the coups strike me as irrational and disorganized, which I suspect is the writer’s intention.

Each time, a coup is declared, it isn’t long before the current leader is deposed and another takes his place. I came away from the story with the idea that Ghanaian society is in tatters as a result of corruption, the divide between rich and poor insurmountable.

The men are drawn as dishonest and irresponsible, and the women accommodating. The members of the Association of Foreign Spouses survive their challenges and come full circle to appreciate the life they have, no matter that the society they life in is chaotic, at best.

In some respects, this novel reminds me of The White Woman on the Green Bicycle, in that the main character is an expatriate who is fed up with her adopted home.  Like that character, Eva is aware of the plight of the locals through her employees and the unavoidable scenes that greet her on the street.

She has a conscience, but knows she can’t help everybody. However, she is detached from the suffering around her. The high fence and secure gate reinforces that separation from reality. The social unrest is also present in The White Woman on the Green Bicycle, so too is the reality that the poor live a far different life from expatriate who has relocated to a foreign land.

The pacing of the story is good, the prose fluid and the ending satisfactory.

New book examines why Britain has become such a diverse country
Book Review: Nigger for Life by Neal Hall, M.D
If We Must Die: Shipboard Insurrections...the Atlantic Slave Trade

One Comment On “Book Review: The Association of Foreign Spouses”